The flight to Qingdao was uneventful and quick - only two hours. The seat between Mom and me was empty, which was nice. The people on the plane took some getting used to since most were from Shandong (I take it) and have a different demeanor than those in Taiwan. 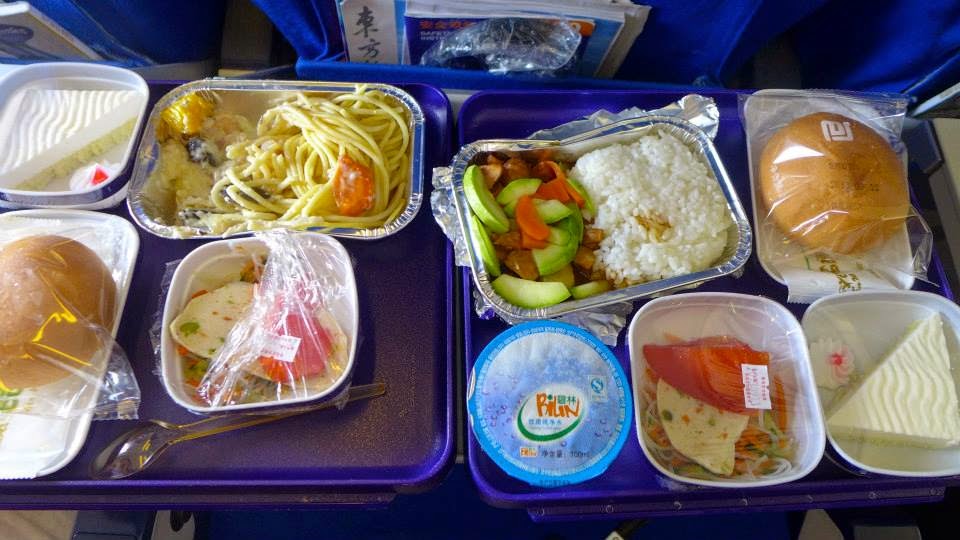 Walking through the Qingdao airport was weird because EVERYBODY was speaking Mom's dialect. It felt like I had stepped into some sort of parallel universe, and it tripped me out!

I pretty much only hear it around my aunts, uncles, and grandparents. I might meet people every now and then from Shandong, but it is rare to hear anyone speak the dialect outside of Mom's family.

Of course Mom was weirded out even more. She kept exclaiming, "他們的山東話不對!" - that people weren't speaking Shandongnese correctly. Funny how she didn't assume that something might be wrong with HER Shandongnese. She's only been away for oh... 65 years.

Later we were to learn that the dialect she speaks is different from the urban areas of Qingdao. More on that later.

Mom watched our stuff while I went to the carousels to get our check-in luggage. Soon after, I noticed tears in her eyes. What the... ?! I asked her what was wrong, to which she replied, "I don't know!"

Later she explained that she was overwhelmed by the idea of returning to Shandong after leaving so long ago.

She told Uncle Rex that she never really understood the true meaning of that phrase until we landed in Qingdao.