When I got up this morning, everyone else was still asleep. I figured I'd sneak into the living room and work on my computer, but there was Aunt Sophia sleeping on the couch! Now how did SHE get there?! So I went up to the loft instead. 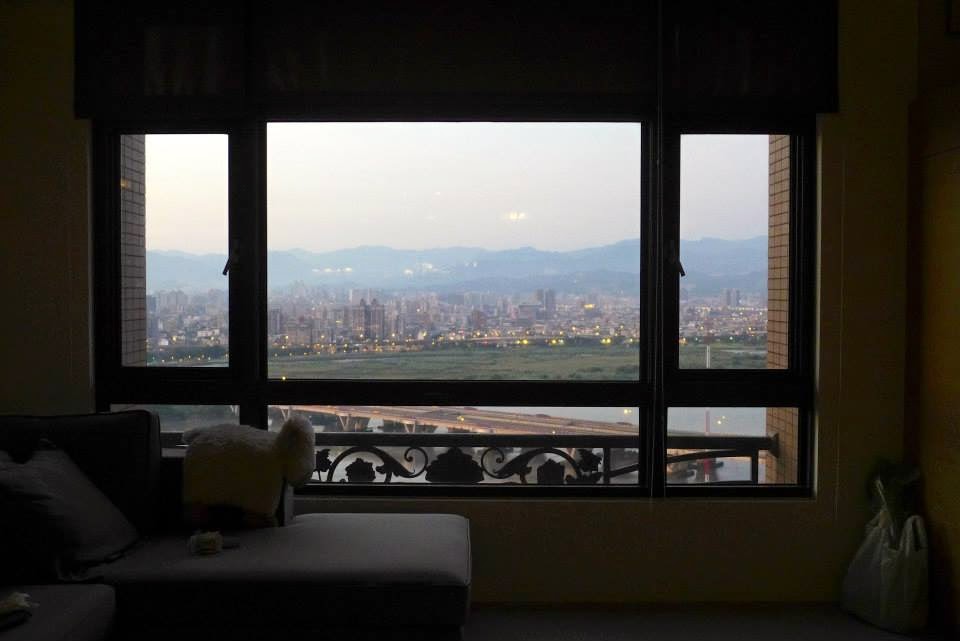 Soon after, Aunt Sophia woke up - so much for that - except that it wasn’t her! It was MOM. I "psst!" her from the loft. Wink wink! It took her awhile to figure out what was happening.

We went out to find breakfast, but no one seemed to know where we could get xiao long bao. Strange! We walked around and around and looked ridiculous all the while because we were dressed exactly alike but didn’t notice until later!

We also fell upon this elaborate temple: 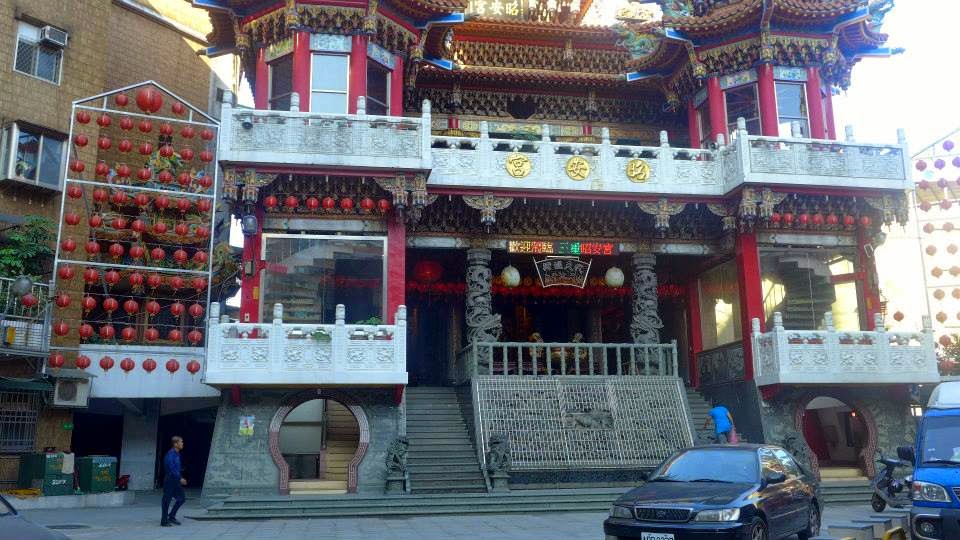 Between the baos that we eventually found, the cold noodles from last night, and the fruit in the refrigerator, we had plenty to eat.

Aunt Sophia took off after breakfast. She returns to Holland tomorrow afternoon and had more errands to run, so we said our goodbyes.

Mom's friend was coming from Chungli to see her, for they had lunch plans with other childhood friends. More friends!

Corrina and I went to Starbucks, took the MRT to Sogo, and met Chen Ai-ee at her place. She took us to the adjacent unit where we chatted for a long time and had cookies and sushi appetizers before heading out. I lead them to M One Café for lunch. What can I say? It was in the same alley, and it’s cute, cozy, and hip – my kind of place.

At some point Corrina told her about my new business and RAVED about my services. I mean she is always super supportive of me no matter what, and we did make some real changes to her home, but I didn't know just how highly she thought of my work until I listened to her go OFF about it today. I was really surprised... and touched!

Anyway, that conversation prompted Chen Ai-ee to complain about the disarray of her own home – thus the reason why we went next door. She wants to tackle it right after her art exhibition next year, and Corrina and I made her PROMISE to let us help her when she’s ready. We now have a date, and I can't wait! 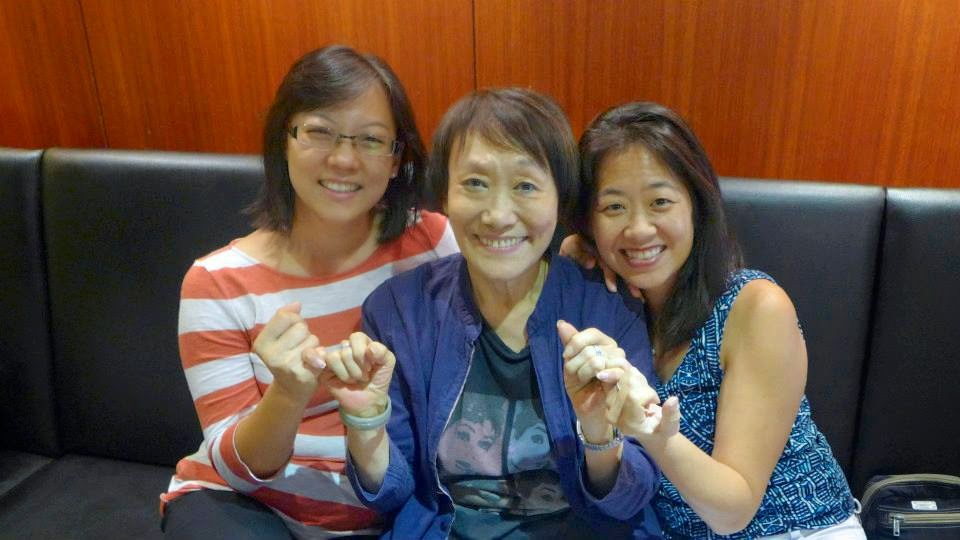 Corrina is a super organizer too. Afterall, it was she and the girls who helped me with our storage room, right? The opportunity for the two of us to help Chen Ai-ee like this is especially meaningful, given all that she has done for others. Myself included!

In all, we spent five hours hanging out with our awesome godmother. We haven’t done that since she first introduced us to each other in 1991 when we were both on the Loveboat. It was wonderful!

We eventually said our goodbyes, bought eyeglasses that neither of us needed, and went to 陳家涼麵 once again for dinner. This time I ate two plates, and Corrina bought two dozen bags of their sauce to take back to Hong Kong. Or was it one dozen. Regardless, it was a LOT.

Mom went to Keelung to have dinner with Dad’s side of the family. I was supposed to go too, but things got complicated so she ended up going without me. She was already home by the time we arrived.