Mom took off in the morning to run errands. Aunt Sophia had already left her place to run errands too. They planned to meet up later to - you guessed it - run more errands!

I too had errands to run, so Corrina came with me. Cute, no?

Our first stop was Gus' office on Ren Ai Road to drop off the gift that I got for Ike. I texted him when we were nearby but he was in a meeting. So when we showed up, he came out and said, “Oh HI... um... I’m sort of in a meeting!” He wasn’t free to grab coffee with us, bummer.

Taipei has come a long way. I still remember the days before bus lanes even existed! Some sections of Jen Ai Road now look like this:

Next on the agenda was to go to HSBC's head office and close my bank account, once and for all. It's been inactive for years but they wouldn’t let me close it out from abroad. Meanwhile, I keep getting bank statements with zero balances and other mailers I did not need.

We opted to walk to the World Trade Center but MAN was it hot and sticky! Once we arrived, I was like, "Where is my bank?!" I used to work in that building and I KNOW I opened up my account there!

Well apparently, they moved. Years ago. 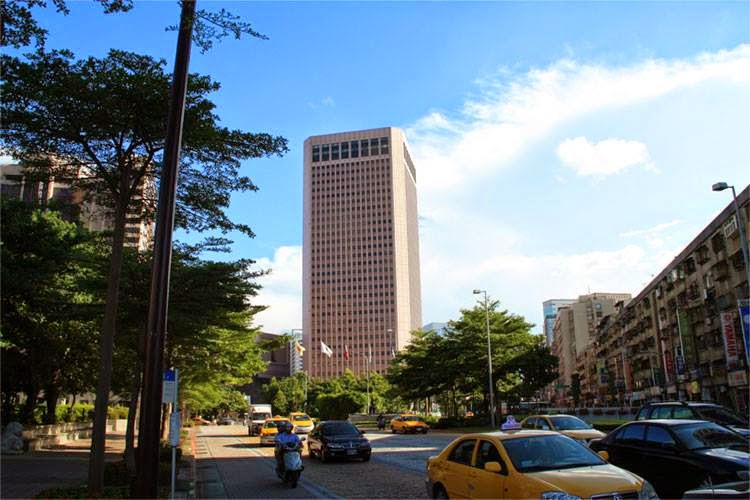 Meanwhile, Gus was able to meet us for lunch at the last minute. We followed his instructions and met at a restaurant in a “really ugly red structure” off of An He Road. How funny! Jeannie showed up soon after, and I finally got to meet Ike. What a cute kid!

Gus kept saying “the kid seems to be fully aware of what’s going on.” That is an understatement, to say the least! He is ON IT, doggone it! The important thing is that Ike loved the gift. Cool beans. 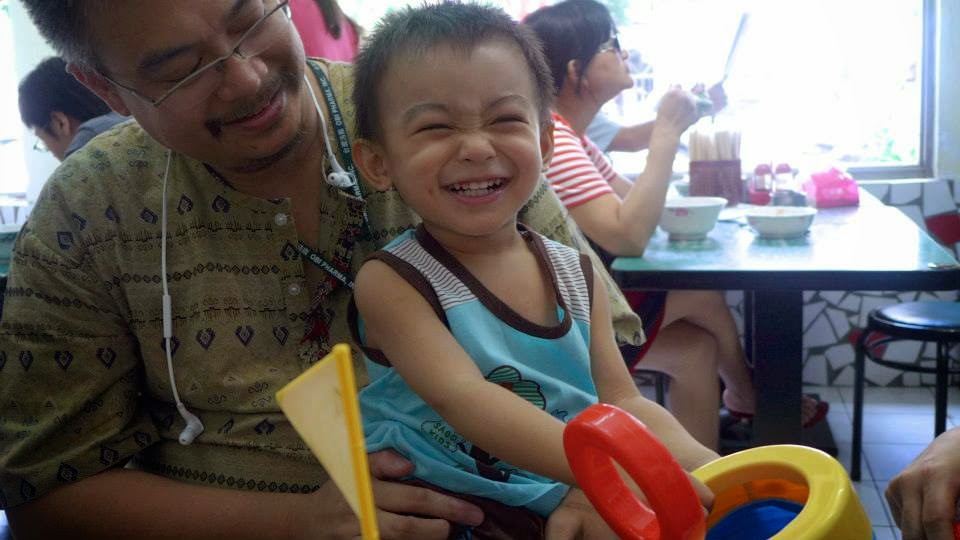 It’s been more then ten years since I’ve seen Jeannie. She looks great, and it was really nice to see her again. So much has happened since the days when Gus and I were housemates and Jeannie would come by to see him. I miss those days! 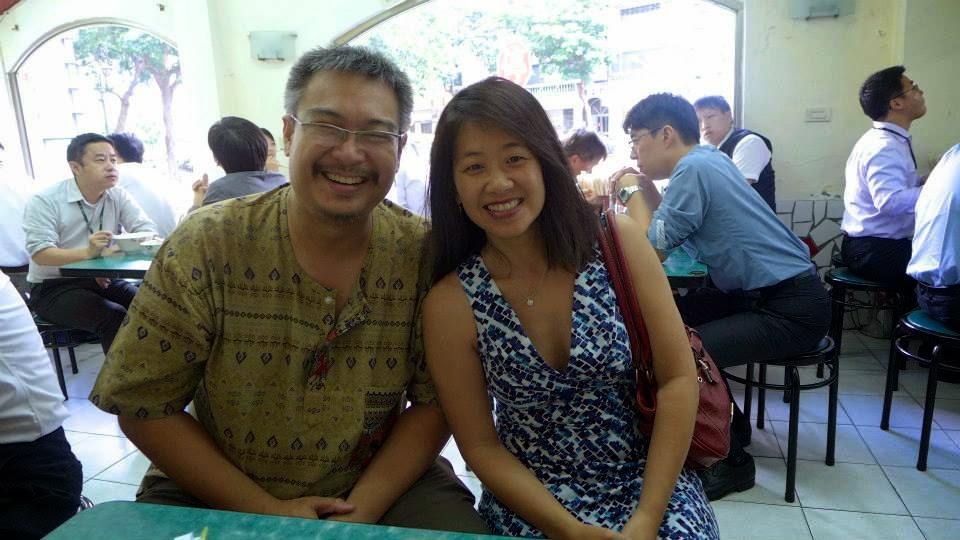 Aunt Sophia called soon after lunch, so we said our goodbyes. I took this picture of Gus as he unlocked his new bike. Corrina kept making fun of his shirt, which made HIM laugh, which made ME laugh, which further egged her on.

It was a vicious cycle, and it's all Corrina's fault.

She made me laugh at my friend. 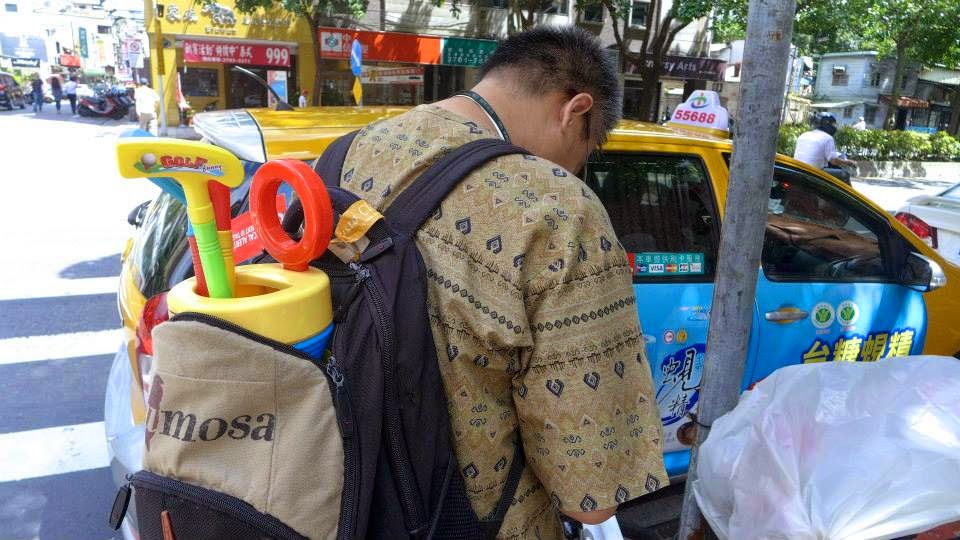 Now Aunt Sophia, she makes me laugh too.

She told us to go back to the Taipei Train Station, stand at the very front of the MRT platform going to Beitou, and JUMP ON the train as soon as we saw her and Mom ride by! I'm like, "Say what... ?!" Well that got screwed up, so we met at the Beitou station instead.

From there we walked to Heather’s B&B to check it out - the Solo Singer Inn. What a charming place! She wasn't around at the time, so a staffer gave us the tour. Sweet girl! Now why can't I be like that? 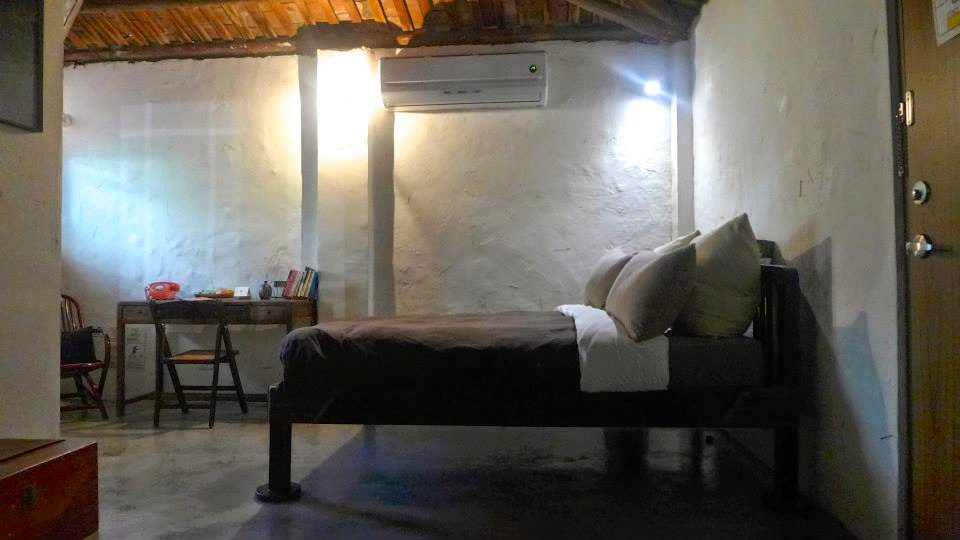 The bed frame in the VIP room actually belonged to her grandparents (her mom’s side), and the kitchen reminded me of Wypoh’s old kitchen - a throwback to the traditional houses of Taiwan. 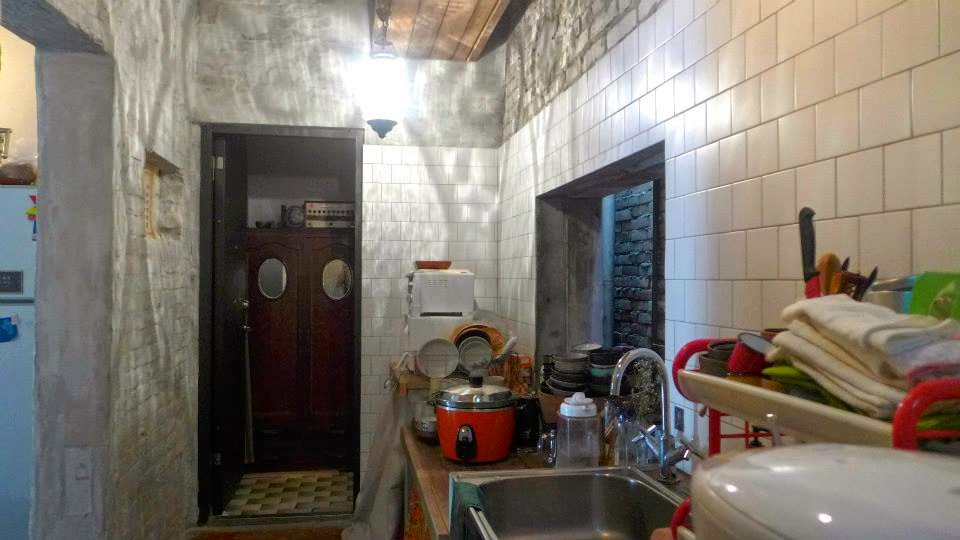 Heather also runs a small art gallery near the B&B for community activities and for artists to display their work. 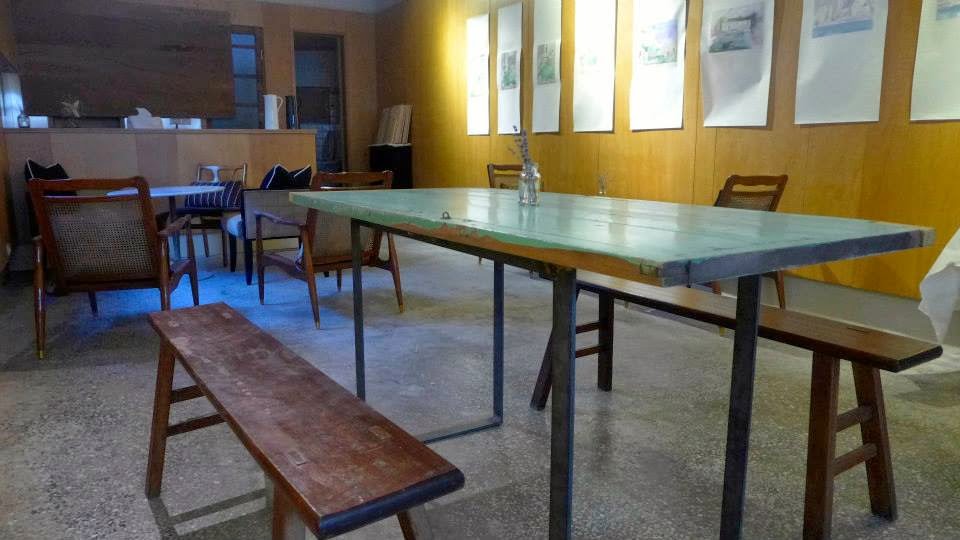 Afterwards, we meandered through the alleys and onto the main roads, stuffing our faces along the way. We decided not to go to a hot spring this time, but it was nice to just walk around and check out that area. In all the years that I lived and worked in Taipei, I have never been to Beitou! It was one of those things.

Aunt Sophia kept alluding to a “secret place” that she and Uncle Bob had visited on a previous trip, but she wouldn’t tell us what it was until we arrived at the front gates around 5:05pm.

It was the Beitou Thermal Valley, and it closed at 5pm.

This is what we missed, found on the web:

Afterwards, Mom and Aunt Sophia took off to have dinner with a friend, and Corrina and I went to 陳家涼麵. I'm a poet and I know it!

陳家涼麵 is our most favorite restaurant in all of Taipei. Alvin's friend introduced it to us over 15 years ago (?), and we've been coming here ever since. It's a given when we are both in town to visit.

By this time, I really got to know the shuttle schedule: 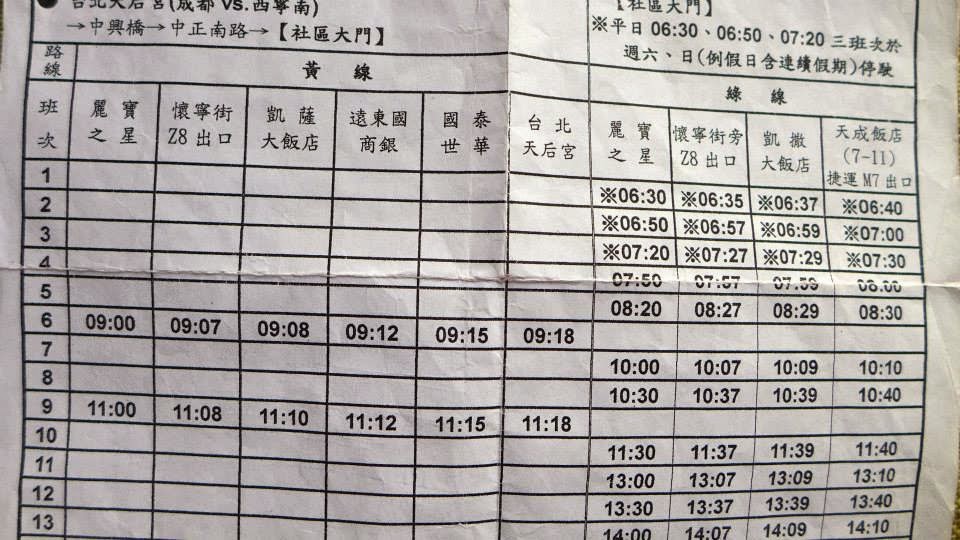