Gradually, all of the relatives made their way to the back terrace for breakfast. We took over the whole area, and there we stayed for the entire morning just talking and spending time together.

The views were simply incredible!

The older I get, the more I appreciate moments like these with family. That includes the great debates about Taiwan politics that always seem to happen when they get together! Ah yo lay... !

Checking out of Fuhsing brought back lots of memories, memories from Wypoh’s 80th birthday and memories from the Loveboat! As was the case last time, it took awhile for everyone to pile into their cars and take off. We nixed the idea of having lunch as a group because it was too much trouble. 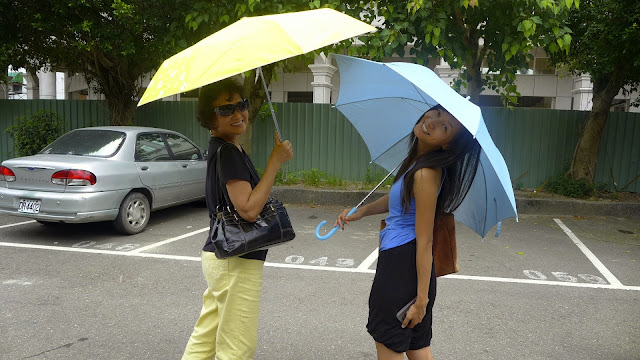 Instead, half of the group went to 大溪老街, and the other half took off. Bye bye! I pushed Heather around in Wygoon's wheelchair, found a cool gift for Ike, and ate some yummy street food too. That was nice, except that it was incredibly hot and sticky! It’s been like that every day! How did I ever survive living here for the eight years that I did? 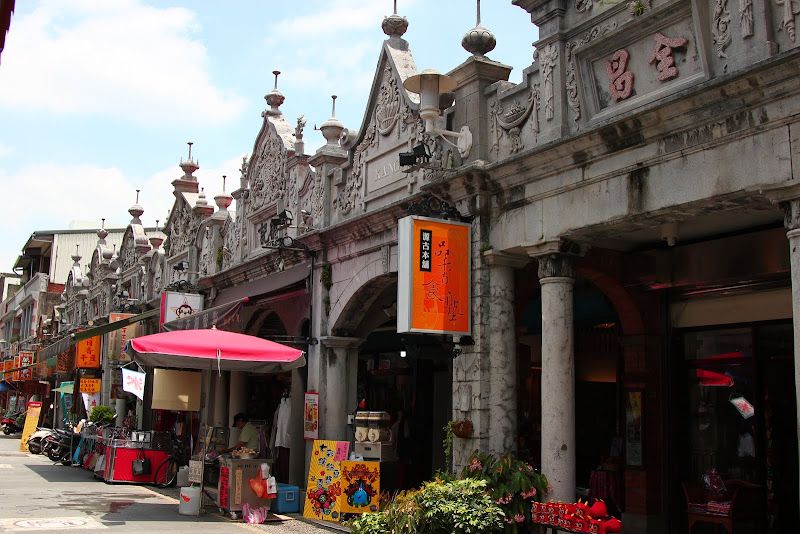 We also stopped by the Cihu Mausoleum and saw tons of statues of Chiang Kai-Shek. Interesting place...

From there, and with my help (ahem!), Uncle Rex dropped us off at the CKS Airport. Corrina was flying in from Hong Kong to spend time with me (how sweet!) and we were running LATE!

It's become tradition that I greet her at the airport with a cardboard SIGN. I stand next to the other drivers who hold up their signs for "Mr. VIP" and wave mine frantically when I see her coming out of customs. But her flight was early this time and she had already arrived, darn it! Well what could I do? It’s not like I could push my ‘elders’ to hurry it up, people! Plus there are too many of them!

Video from a previous rendevous in Taiwan:

This was the last time I would get to see Uncle Rex on this trip, so we said our goodbyes and took off. He’s a funny guy.

It was REALLY GOOD to see Corrina! We took the bus back to Taipei, and Aunt Sophia came to our place and showered in the interest of time. She and Mom left soon after for their big dinner with the Zhongs, while Corrina and I took off for Wu Lao Guo to have dinner with Mary! She was in town for business and was also with her friend.

Corrina and I were a little early, so we sat in the lobby of a nearby hotel and had a serious talk. MAN was that a heavy duty conversation!

Anyway, it was really good to see Mary! Unfortunately Corrina and I had to take off early because Mom got back from her dinner early and I had the keys to the apartment. We totally should have taken the extra set when Auntie Luo offered it, but alas, we did not. Between that and Mom not having a cell phone, logistics was a constant problem.

Eric's phone only works in China, so I was to learn. OH WELL.

Here's a photo from Mary's iPhone: 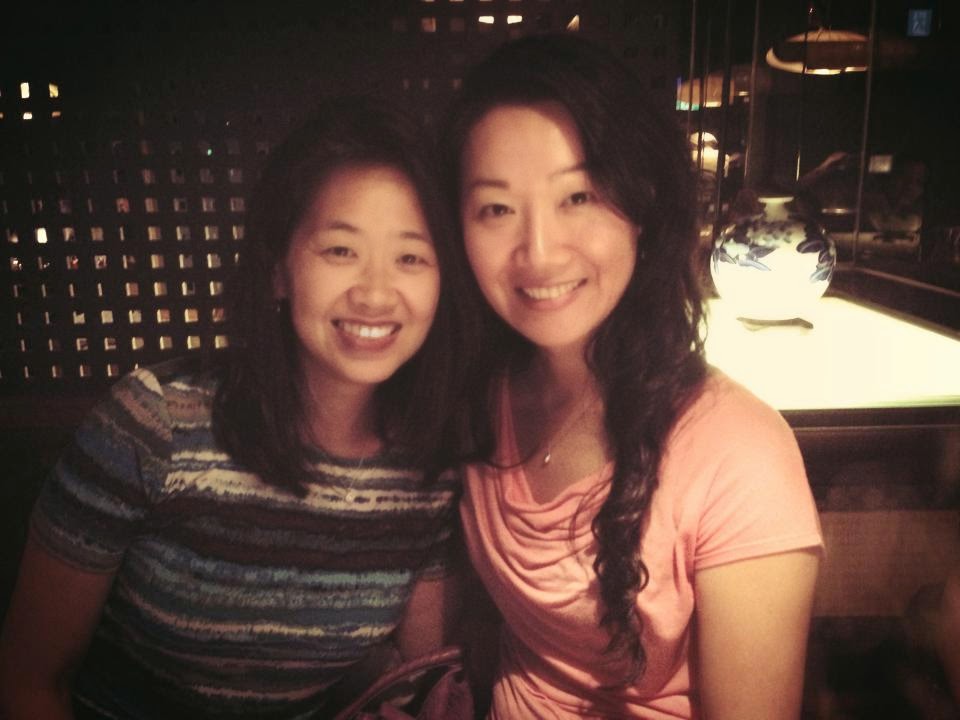