This morning we took the 8am shuttle, met Aunt Sophia at the Taipei Train Station, and headed for the family reunion. She and Mom talked the entire trip down. They can really TALK. Gee!

This video captures Aunt Sophia’s personality to a TEE:

Uncle Rex picked us up at the train station, and off we went to visit Wypoh's grave. Within minutes, he and Aunt Sophia got into a full on debate about the Japanese culture after he told us about his stay in Hokkaido. Dang people... ! He brought some spicy peanuts and smoked scallops to share. We were allowed to have five each.

We arrived to the cemetery first, then Uncle James' entire family along with Aunt Ching, followed by Uncle Michael's clan and Wygoon - 15 people total. Visiting Wypoh's grave was a solemn affair, as was expected. It was also HOT. I was glad that I was able to attend her funeral last year, and I was glad to be here too.

Next on the agenda was lunch at Sunrise Golf and Country Club.

Uncle Rex got lost along the way and kept fumbling around with his GPS. The GPS is based on Zhuyin, but Mom - who was in the back seat - thought it was Pinyin. I probably should have said something, but you know me. I couldn't resist the opportunity to have some fun.

We had celebrated Wypoh's 80th birthday more than a decade ago at this golf and country club. It was so appropriate that we came here for lunch, and I appreciated the effort and meaning behind it.

I had a chance to catch up with Dennis, then joined the other cousins at the "kids" table. Heather, Alex, and Dennis were all talking about the issues they are facing with their businesses. Heather owns a B&B in Beitou, Alex and his girlfriend run BonoCake, and Dennis helps with the family business. Either Chinese people are entrepreneurs in general or the gene runs in various members of our family. 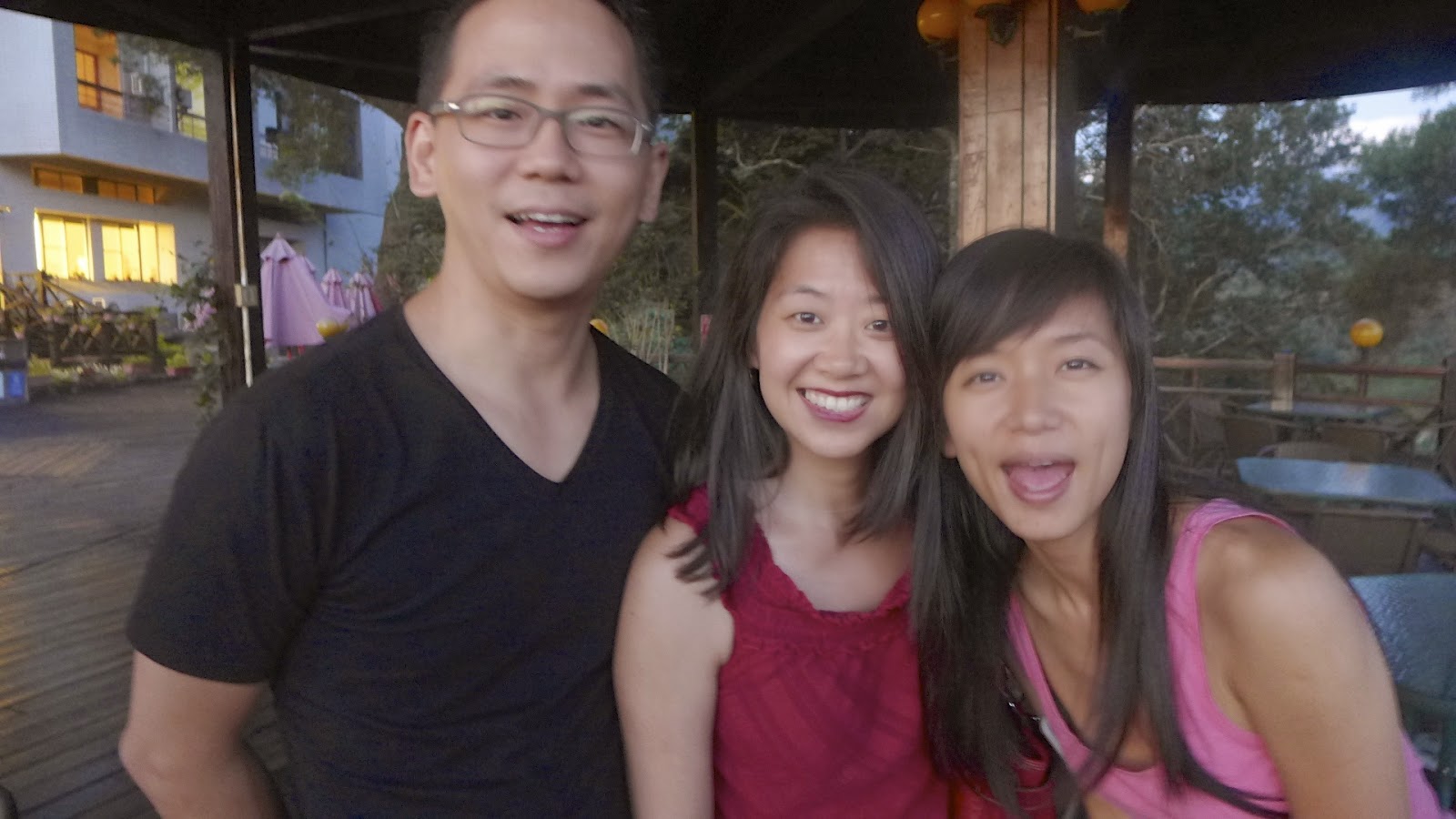 We stayed at the restaurant for almost three hours. Sheesh! The food just kept coming and coming. It was good, but overwhelming.

From there we went to Fuhsing Activity Center - just as we did for Wypoh's 80th - and checked in. Our room had a balcony with the most amazing views of the mountains and river below.

We all congregated at the back terrace where we took tons of pictures. Just like last time, we were the only people there. 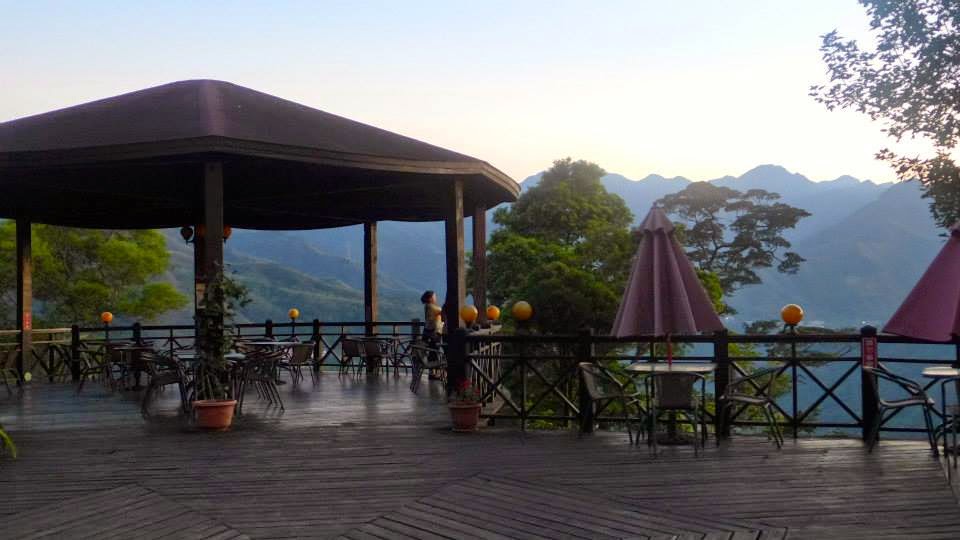 Dinner was in a private room off the main dining area. It's too bad that everyone was still full from lunch!

This was the very first night since arriving to Taiwan in which Mom and I both slept through the entire evening. Finally!