I got up really early, snuck around the living room, opened the curtains, and took some photos of our views of the city. 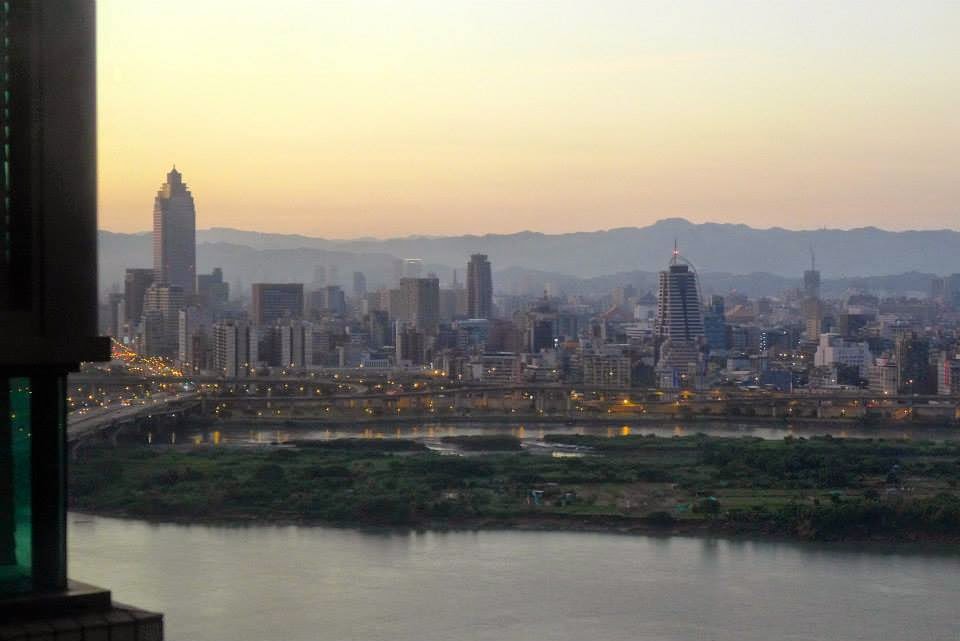 After Mom got up, we went downstairs to get a copy of the shuttle schedule from concierge, made our way to the Taipei Train Station, and took the MRT to her bank.

Initially Mom just wanted to get cash and add my name to her account. This required paperwork. Then we thought, wouldn't it be nice to access it online? More paperwork. And THEN I asked if it was possible to utilize their other branches because it’s a pain to be limited to this one location only. Yes, it is possible, but alas... more paperwork!

The amount of paperwork got to be ridiculous. The teller wasn’t too pleased either, so I took a picture: 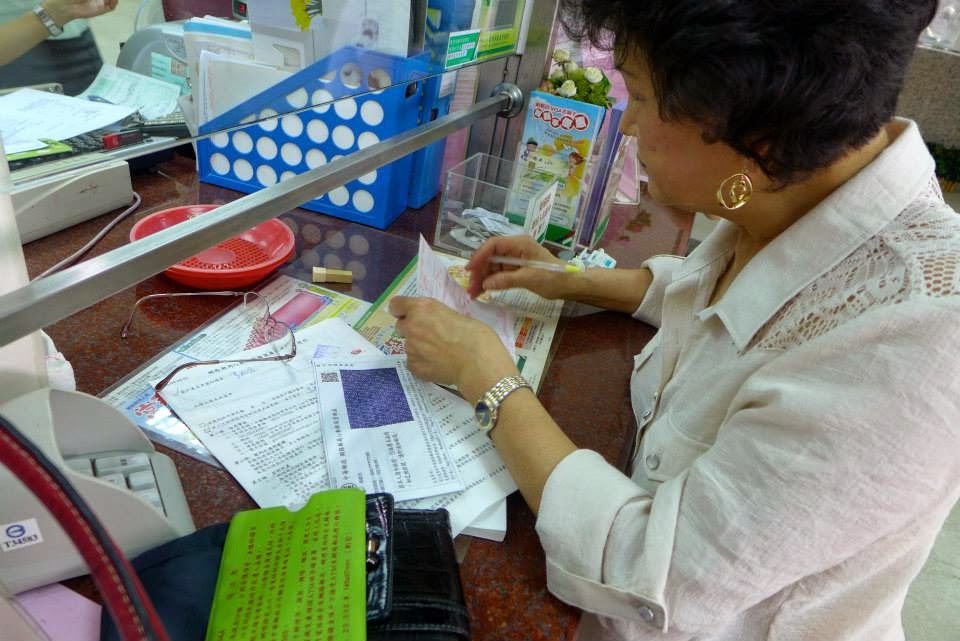 Aunt Sophia, who also just arrived to Taiwan a few days before, was running errands nearby. So we met at a coffee shop real quick before heading to Uncle Michael’s to have lunch with Wygoon.

Why do we all have so many errands to run, every time we are back in Taiwan? It’s funny.

Downstairs at Uncle Michael’s building, the doorman buzzed us in. That guy has been there forever! Lunch with Wygoon was really nice. No one was at home except the helper, so we got to spend time with him alone.

He had heard that we will be visiting his old village in China next week, so we talked a lot about that. I had so many questions to ask! 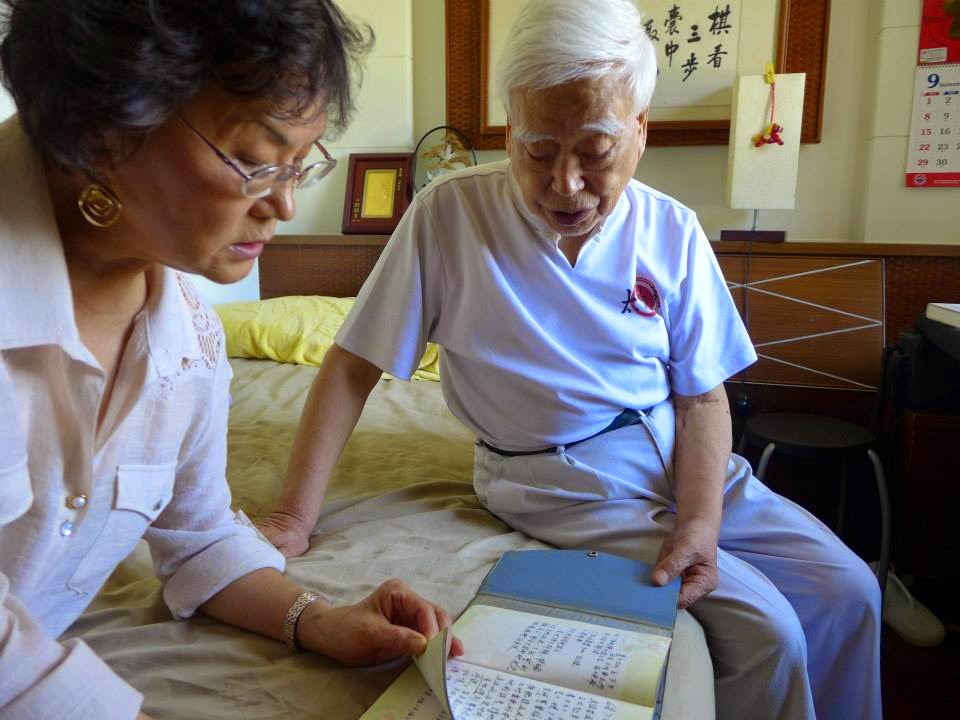 Wygoon is slow to move and hard of hearing, but his mind is very clear. He showed us his journal that he has been keeping on and off for many, many years. I had to smile when I saw it. I can certainly relate. ;)

We stayed until it was time for his afternoon nap and will see him again next week at the family gathering. 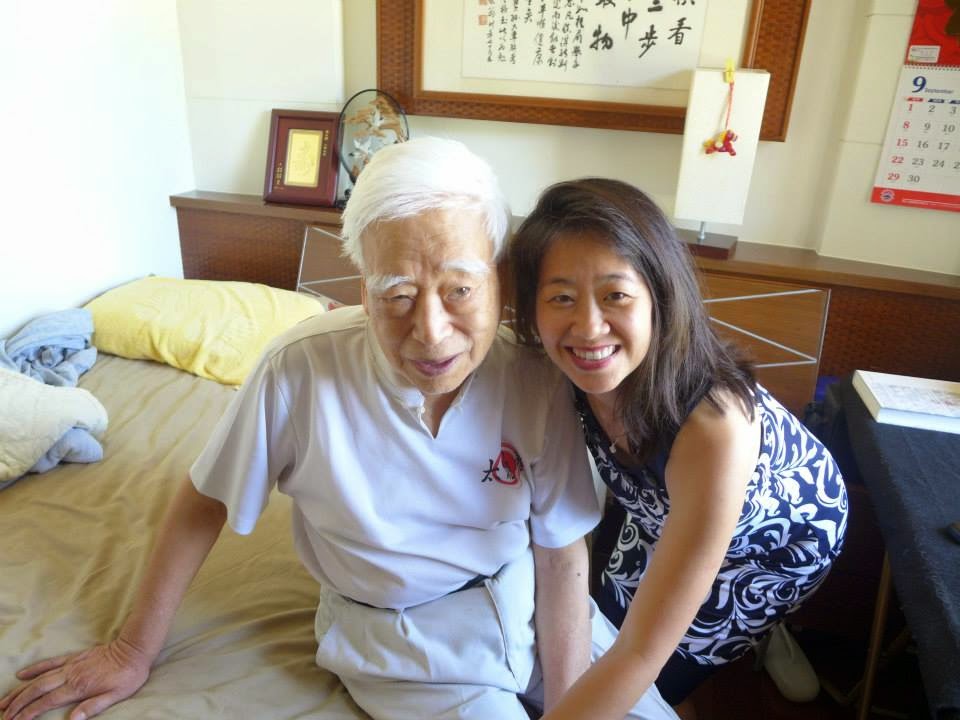 We didn’t have any plans after that, since it’s our first full day in Taipei and we anticipated being tired and jetlagged. I did need to find a phone store so I could buy SIM cards for my cell (for Mom to use) and for the one that Eric let me borrow (for me to use).

Aunt Sophia was still running errands, so we tracked her down and hung out together for the rest of the afternoon. When she and Mom came back last year in the wake of Wypoh's passing, they often went out for bubble tea during some very difficult moments. 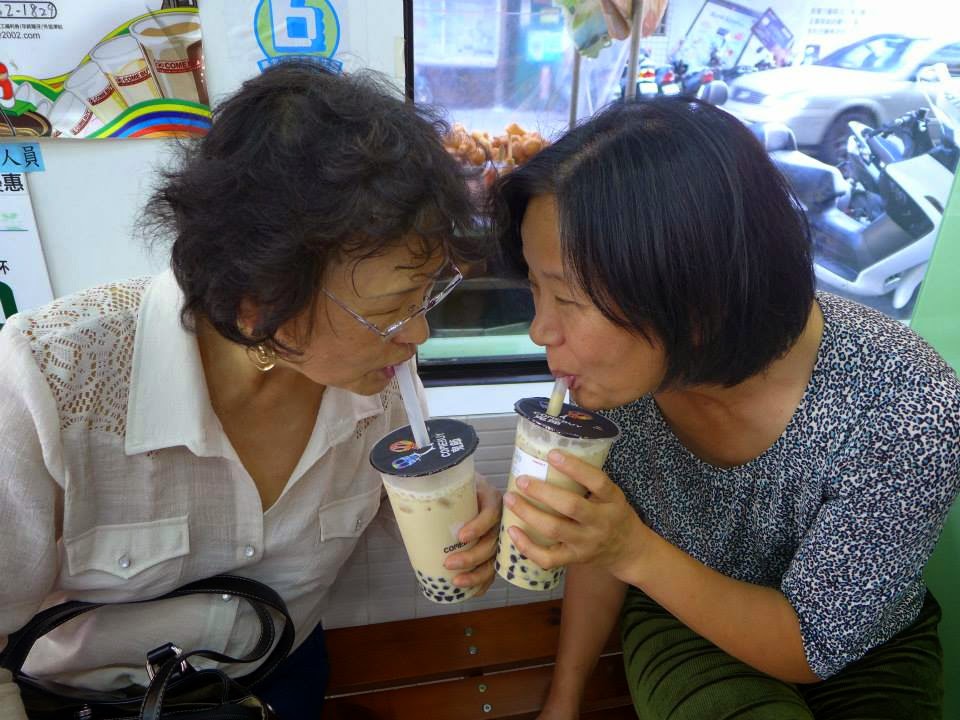 By dinner time, we were all very tired and jetlagged.

No one was hungry, so we got something simple at the Sogo food court, said our goodbyes, and headed home.

Haha, that last picture is hilarious!