It's our last full day in Qingdao, and it is also Mid-Autumn Festival.

So what did we do?

We went to Starbucks early in the morning to organize all the numbers and addresses of the relatives we met in Pingdu and to document exactly how we were related. 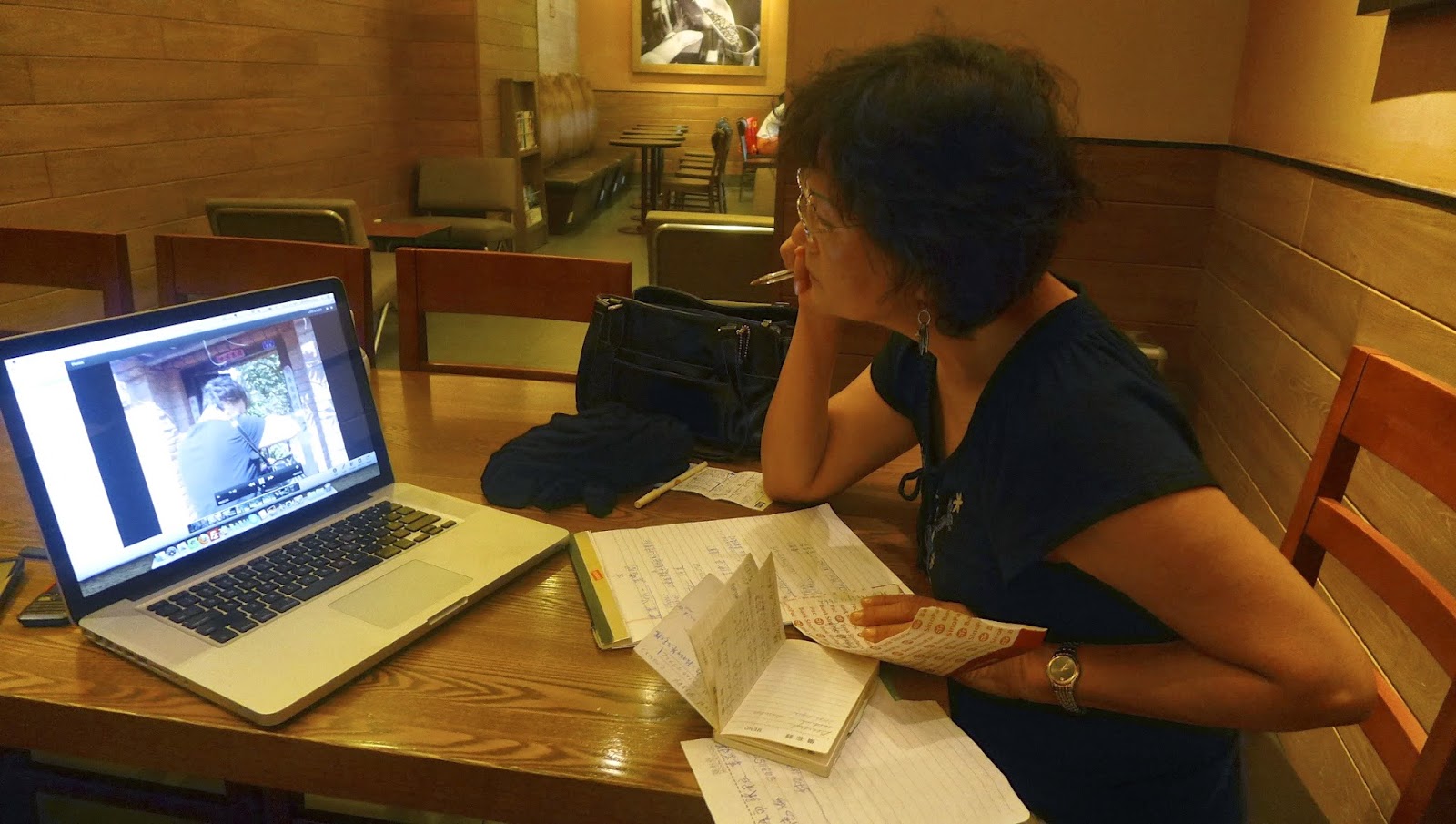 I was behind the camera the whole time, many people were talking at once, and Mom scribbled her notes on the outside of an envelope. The information we had gathered was haphazard at best, and I just knew that we would forget a lot of details if we didn't sit down and do this. So between her notes, our photos and videos, and the details we had from our Taipei relatives, we slowly put the pieces together.

Even so, we had unanswered questions and wrote down all the things we needed to ask Gupoh and Wygoon later on. 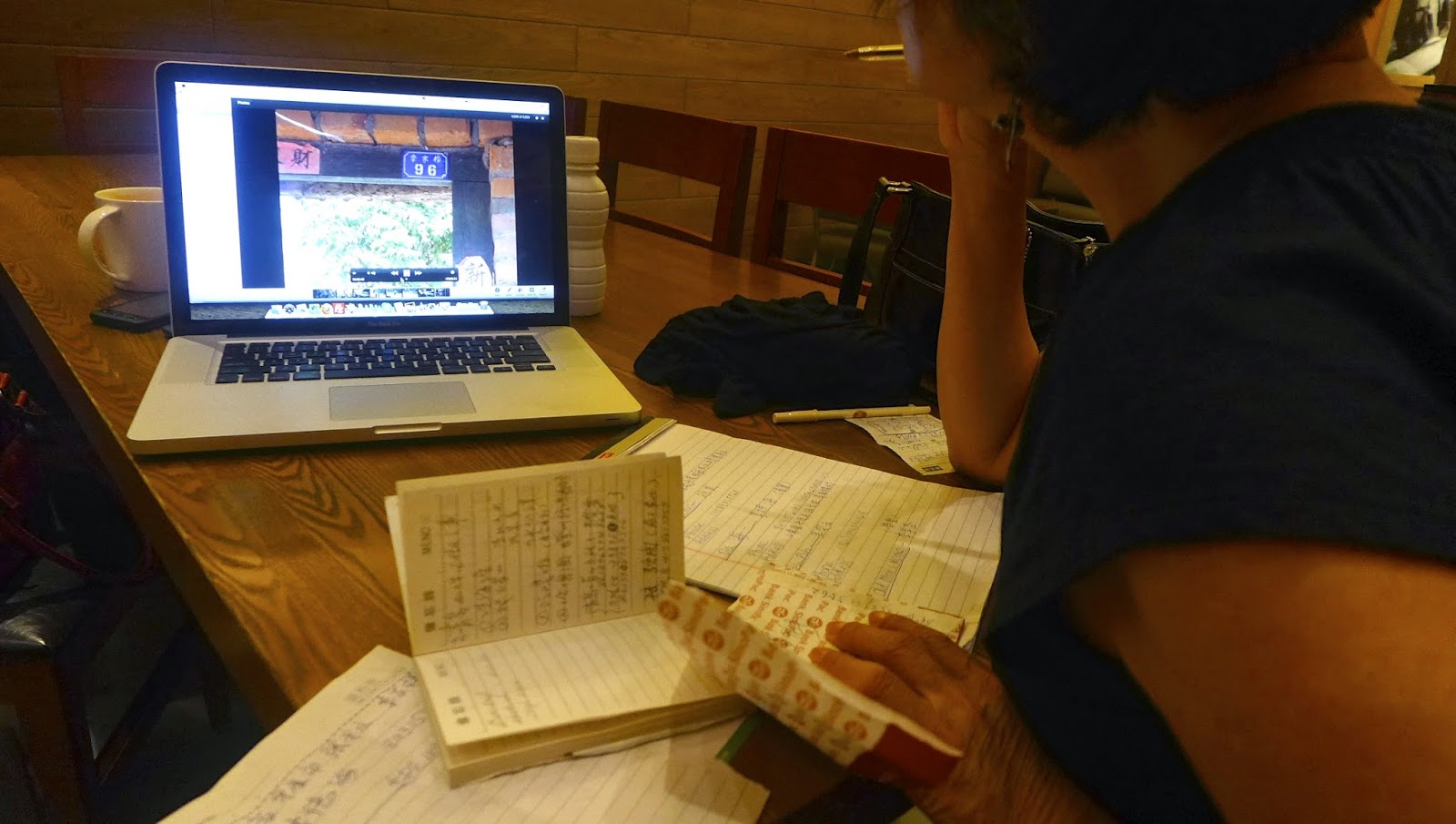 We were done around 10am, walked by a restaurant on the way back to the hotel, and took this video of a guy preparing to make noodles. Mom does this at home too but on a much smaller scale.

Just outside were two elderly men sitting around doing nothing, so I asked them for recommendations on a really good dumpling place because WE sure as heck couldn’t find any... ! Mom and I looked high and low but only saw them at Carrefour, of all places.

All my life I thought baos and dumplings were staple items of Shandongnese cuisine because Wypoh made them all the time! (Mom is good at it too, and in fact she just made some for us back in the U.S.) But I was so wrong. Seafood and noodle dishes are the hit items, which we can get anywhere. I had a hard time wrapping my head around it and still can't seem to make the mental shift.

Both of them said there were none in this area - how bizarre - and that we had to go to either Pizza Yuan or to a restaurant called 三合園 at Taidong Street. We went to Pizza Yuan on Sunday where I did get my dumpling fix. Taidong Street was near the Qingdao Beer Museum which was the game plan today, so we hopped in a cab and headed that way.

By this time, I had a better sense of the layout of the city and pretty much knew how to get around. The bus system is easy to use, too, and the buses were clean and new, as Mom kept pointing out.