At 7 o'clock in the morning, I got a text message from Gupoh.

She was already at the hotel where we told her to meet us at 8am - not 7am! Apparently she didn't want to risk being late, but to get there an entire HOUR early... ?! Meanwhile, Mr. Jia was running late - talking about a stressful morning! - so I walked over to the high-end coffee shop adjacent to the hotel to get a latte.

Now THAT was a bizarre incident.

The guy took my money, turned around and ran away! He was gone for so long that I stepped into the back office to look for him. Empty. He finally came back with a latte in his hand and explained that their main machine wasn't ready yet and that he used another one in the 'back'.

That seemed odd, but whatever.

As we're standing in front of the hotel, waiting for Mr. Jia, I began to drink this latte when I realized what had happened. I turned to Mom and exclaimed,

So I went back to confront him. Now how am I going to call him out without embarrassing him? What he did was super SLEEZY, but I am Chinese and so is he. I have to save his face even though I'd rather not! Ultimately my end goal was to get the latte that I paid for.

In Chinese I said, "You got this from another store, didn't you." (A statement, not a question.) "Yes," he admitted. Before he could say more, I handed my coffee back to him and said, "I'd like a latte from here. Can you make one for me?" (A command couched as a question.) How could he say "no", especially since he just took mine back?

What I REALLY wanted to say shall remain in my little head.

Photo from the night before: 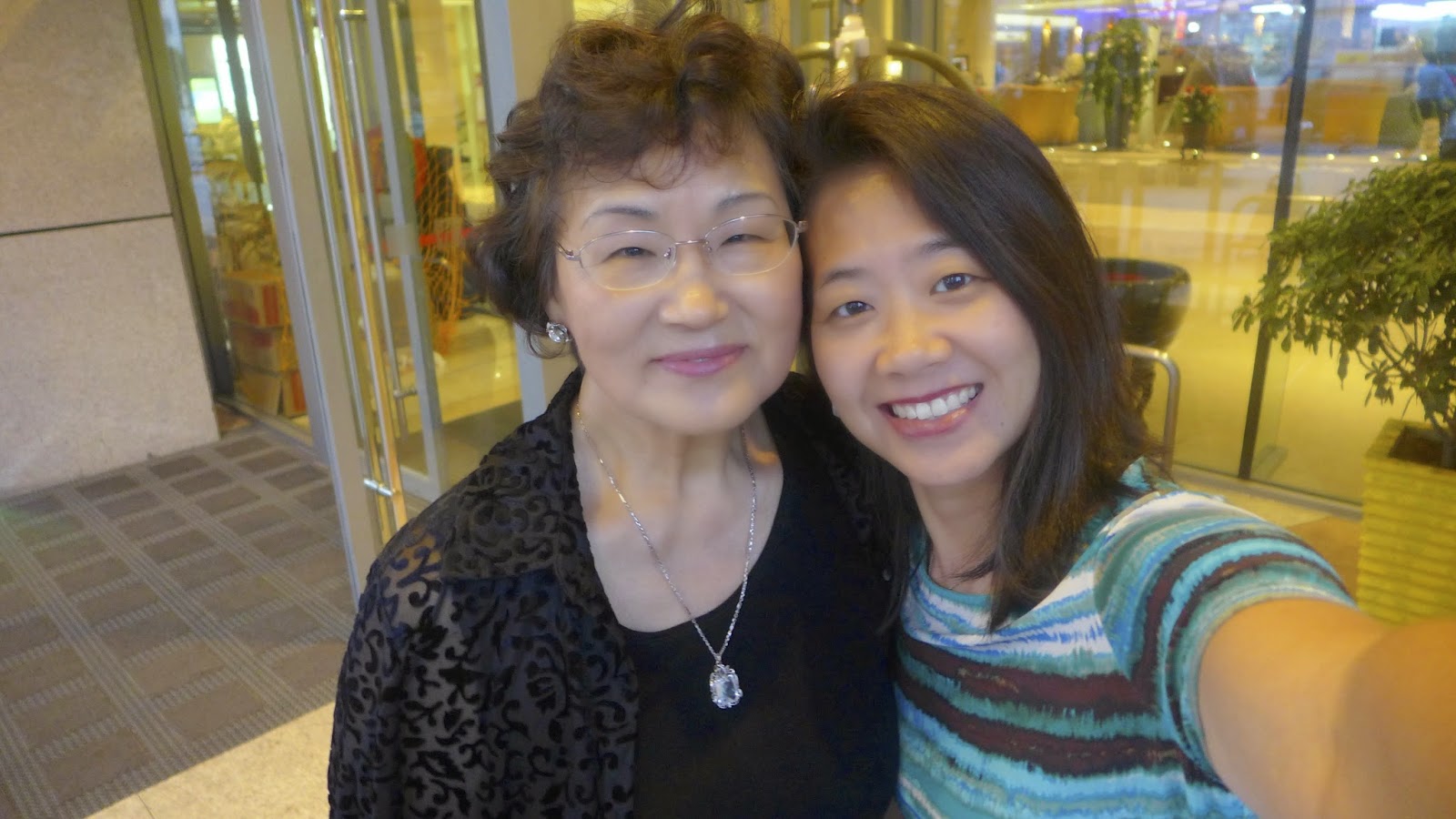 On the way to pick up Gupoh, I decided to give Mr. Jia an English name. It was too formal at this point to keep calling him "贾先生", and since his full name is 贾宁, I bestowed upon him the name "Johnny" and made him promise to never change it.

It fit his personality well - a friendly, helpful, and jolly fellow.

Anyway, by the time we picked up Gupoh, she had been waiting for 1.5 hours. I felt so BAD! But she was cool about the whole thing - a very nice and cheerful person. She got up around 3-4am (normal for her) to boil Laoshan water and put them in bottles for all of us to drink. She also made some 包子 for us to eat on the way.

Gupoh was probably thinking the same thing we did - that we STARVED the last time we went to Pingdu! I'm surprised Johnny didn't bring some stuff, too. ;)

She also asked Johnny if this was a different car, noting that the license plate number was not the same as the car that he drove on Saturday. DANG that woman is sharp! Mom and I didn't even notice!

By now it was 9am, and we were finally on our way to pick up 老老爺 since he knows the roads to 李家樓. This time we had no trouble getting there because good 'ole Johnny remembered the way.

What followed next was unbelievable...