Earlier at the hotel, concierge mentioned that the church was on the same side of town as "劈柴院" which got Mom ALL excited. Apparently in Taipei last week, Dad's brother-in-law had highly recommended it.

As we got closer, Mom couldn't stop talking about it.

I had no idea what 劈柴院 was but it sure as heck sounded like "pizza" to me. So I was like, "Okay Mom! Pizza Yuan! Got it... got it!" The more I said it, the more I could envision us having pizza for lunch.

Once we got there, it took us awhile to decide on what to eat.

Lots to choose from! Though no pizza.

We ended up at a dumpling house where we ordered two types of 小籠包 and a bowl of wonton soup. It was GOOD. 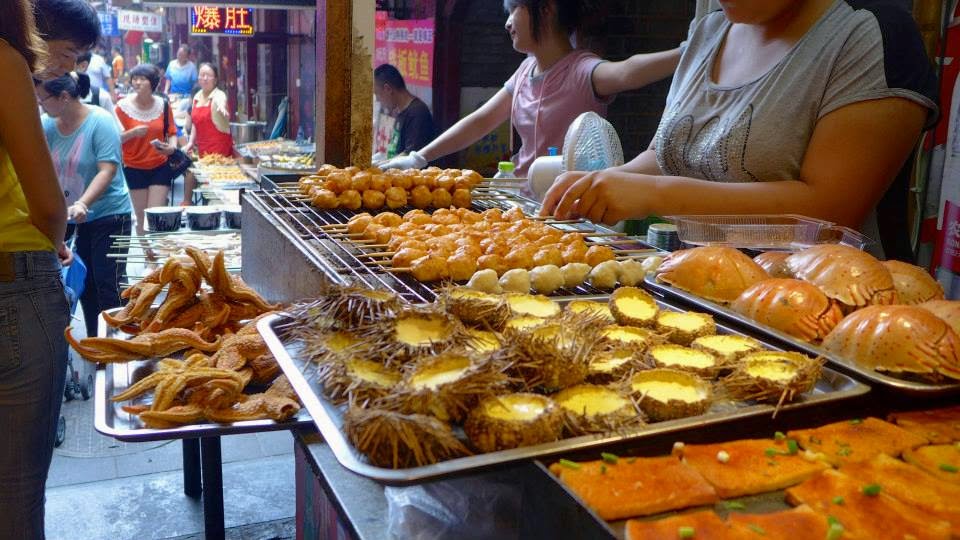 By chance, we also stumbled upon the traditional-style hotel that we saw online and ALMOST booked. We were glad that we didn't. In unfamiliar territory, staying at an international hotel felt more secure.

I hate to say that because I want to support my PEEPS!

But you know what I mean. 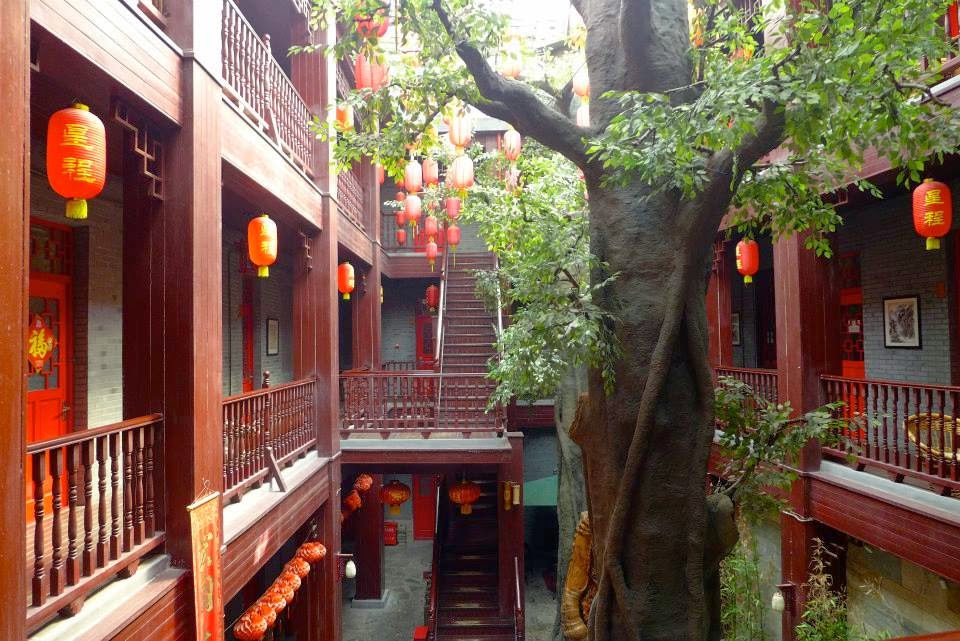 As we were exiting the alley, we saw a street vendor who was selling all kinds of knick knacks, including mini abacuses.

Mom picked one up and tried to teach me how to use it. And people wonder why I am the way I am...

We could have taken a cab back, but I always prefer to hop on a bus and check out the sights and sounds as the locals do. Plus there is something very liberating about blending in so easily with them.

Concierge told us which stop was near the hotel, people on the streets were very helpful (except this one mean old lady), and in no time we were on our way.

Qingdao is not a very big city after all.

But it is the most beautiful city in China that I have ever seen.

On the walk back to the hotel, I forced Mom to treat me to a tall latte for ruining my morning plans and making me 'work' that day - her own private, on-the-fly, Qingdao tour guide. She said, "Just get it yourself" and I'm like, no. You have to go the counter and order it for me.

We putzed around the hotel before going back out to Carrefour to grab a bite to eat since neither of us were hungry. We ended up with a TON of food, all for under US$5. Sheesh... ! 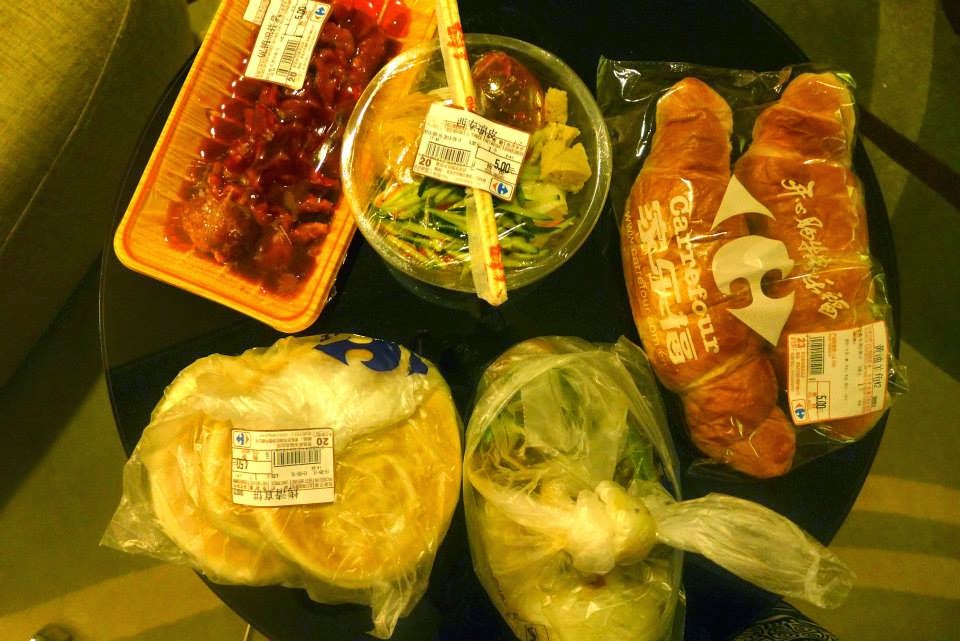 The last item on today's agenda was to call TJ back in the U.S. before our time, midnight.

When we left the hotel this morning for Starbucks, I had JUST texted him to let him know that we'll be back soon and that I will Skype him then. I.e. he had been waiting for me all night long... ! I tried MANY times throughout the day to find free wi-fi so I could let him know that Mom we changed plans at the last minute, to no avail. Nor could I call because my SIM card limits international dialing.

I apologized profusely, and he was very understanding.

But you can see why I insisted that Mom treat me to a latte.