By this time, Big Ocean suggested that we go and have lunch at a nearby restaurant.

I didn't notice any restaurants along the way, but off we went. We walked through the village streets (well, dirt roads), hopped into multiple vehicles, drove to the restaurant, and parked. As we crossed the street, the restaurant owner's daughter - our soon-to-be waitress - was crossing with us, apparently. Rather odd. ;)

I couldn't help but wonder if she was related to us too...

We were shown the VIP room - a private room with a separate seating area AND air conditioning! Call me a naive ABC but this surprised me.

I was also taken aback when I went with Big Ocean and the Chinese doctor to order the food. I wanted to make sure to get the bill before they did but gave them the excuse that I was curious about the process - which I was!

First was the menu...

All the meats and seafood were displayed on this metal shelf for customers to pick and choose what they wanted: 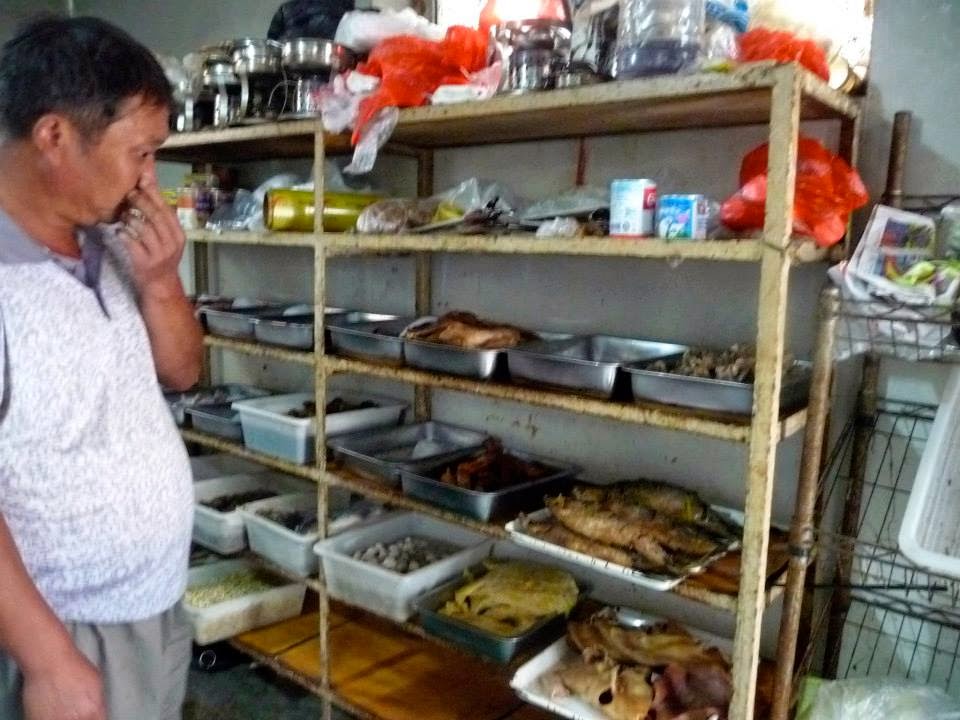 ... which was to be cooked in this kitchen.

I'm not sure if it was the food being displayed uncovered on a very rusty shelving unit, or the sketchy conditions in the kitchen, or the 7-foot GIANT who was cooking, that freaked me out. Either way, I thought for sure that we would get food poisoning today. 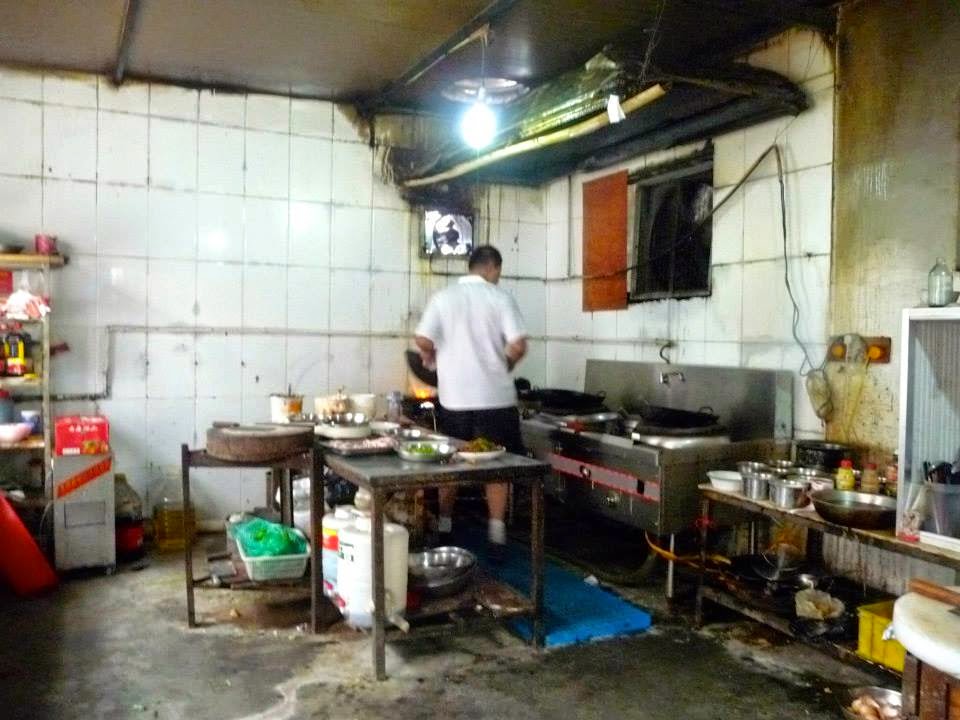 For a split second I THOUGHT about running back to the room to tell Mom not to eat anything. But I refrained. We were going to eat this food no matter what as we cannot insult our hosts, right?

As it were, the food was AMAZING. It ended up being the best meal we had during our entire stay in China! 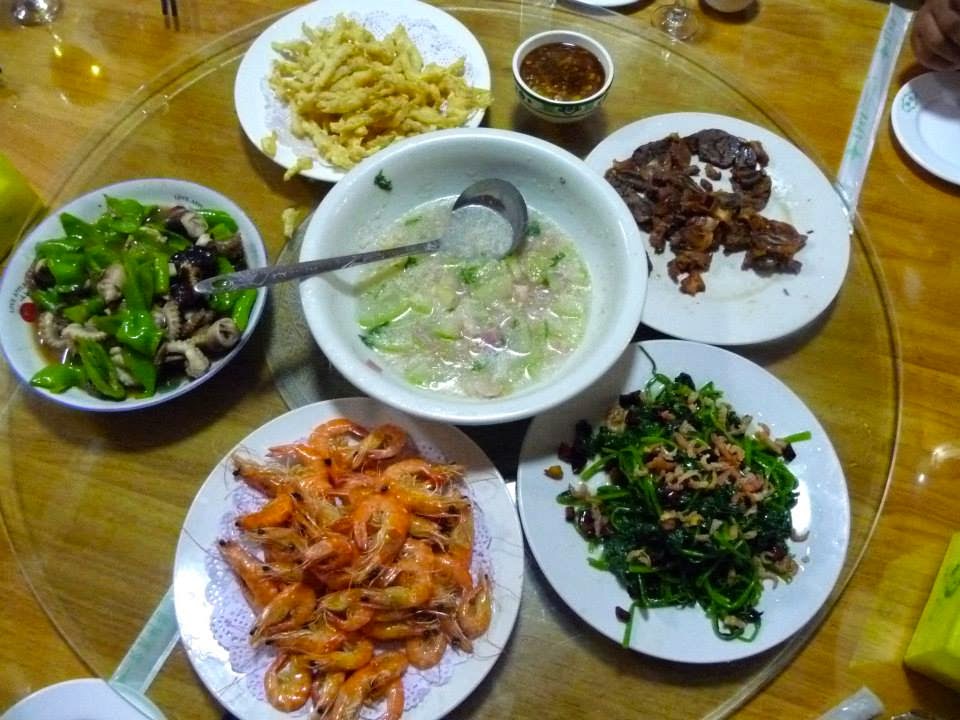 Big Ocean had ordered a special treat for us as the last dish to come out - 驢肉包 - donkey meat bao!

It was so good that even Gupoh had not one... not two... but THREE baos! This is the same person who told us earlier that she refuses to eat out and will only eat the food she makes herself because it's much cleaner, healthier, and therefore better.

As she reached for yet another bao, she grinned from ear to ear and proudly called herself a hypocrite. FUNNY. I too wanted a third one, but I was stuffed.

I so regret not taking one for the road!

The restaurant owner kills one donkey a day. Once it's gone, that's it. I'm still drooling over it as I type this entry. It was the very best bao I have ever had in my entire life. What an experience!

As the day progressed, I became very amused with 老老爺.

He is a very good communicator - especially when he was helping us connect the dots for possible relatives in the village. He looks you in the eye when he speaks to you, and he touches you on the shoulder just enough to engage you and make you feel important.

老老爺 is quite the character, a SUPER animated fellow! It was fun to watch him interact with others:

Mom later explained that 老老爺 was a village leader in the Communist Party, as was his father. He must have tons of stories to tell. I'm sure everyone we met today has their own stories.

Anyway, as I mentioned earlier, 老老爺 knows more about our family history than anyone else alive today, sans Wygoon. We owe him many thanks for coming with us to 李家樓 and being part of our journey.