After what just happened, we were already jumping with excitement. Yet the story just gets better and better.

We all walked over to Big Ocean's house only to discover PADLOCKS on the front door. Darn it... ! Someone suggested that perhaps he went to Qingdao which would SUCK, since we were right here in front of his house! BUT - we can go back to Qingdao and meet him there.

As fate would have it, a curious neighbor came along to find out what all the fuss was about. She confirmed that he was in fact around, that he was just out in the peanut fields, and that she had his mobile number. I couldn't help but laugh!

The Chinese doctor called him to tell him to hurry home. Here we are, waiting with much anticipation: 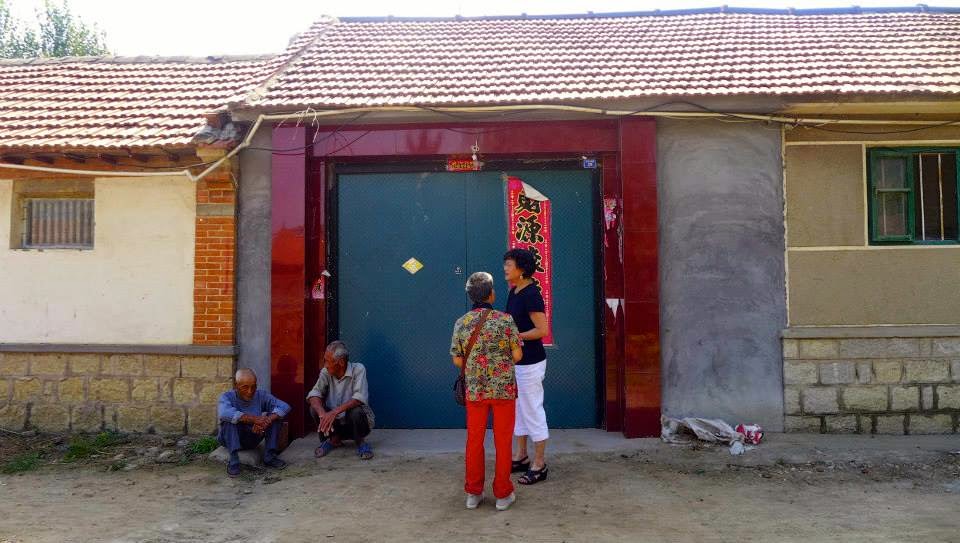 I was so glad that I could be here to help capture these moments. If Mom were by herself, it would be too difficult for her to meet people while trying to take photos and videos all at the same time.

In the video below, Gupoh explains how she and the Chinese doctor are related to each other. You can hear the utter disbelief in my voice as I kept asking over and over again how this could be possible.

How could you be first cousins, live only a few hours away from each other, but never met before? How could it be that the very first person we meet in the village is a relative of ours? I mean come on! These are legitimate questions, aren't they? I'm not crazy, am I... ?!

Notice him writing and writing...

At around 3:25 in this video below, Big Ocean pulled up in his truck.

I get such a KICK every time I watch this video clip as he drives up to this motley crew of people, standing in front of his house. I can only imagine what was going through his head.

I took a number of videos as the events unfolded, too many to post here. Big Ocean (表舅) had called his wife to come home too - whom I call 表舅媽 - along with her older sister. We congregated in their bedroom and talked and laughed and shared stories.

Everyone was so excited and happy to have made the connection. It was SUCH a joyful moment. I will never forget it!

表舅 and 表舅媽 are really nice people - warm, friendly, and sincere. The minute Mom and 表舅媽 exchanged greetings, they were holding hands like old friends. In fact, they held hands a lot today!

A particularly stunning moment was when 表舅媽 showed us a photo of our entire family in Taipei, including Mom and me! It was taken over 20 years ago at Wypoh's 70th birthday celebration. Unbelievable!

In fact, she had photos from MOM's camera that were taken when Mom went to Harbin in 1982! 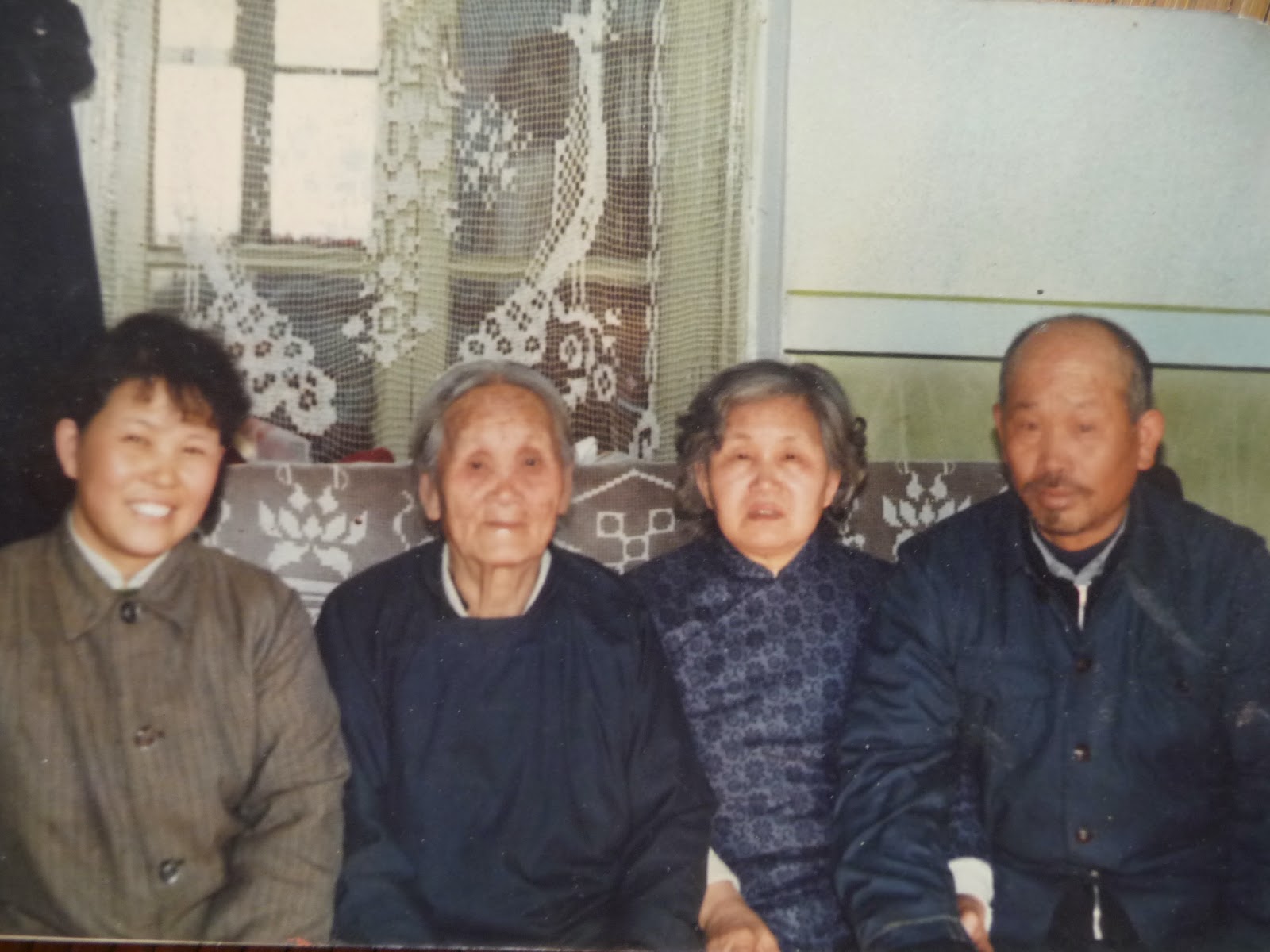 For almost 30 years after the Communists took over, Wypoh had zero contact with her parents. It was not allowed.

Only after China opened its doors did Mom and Wygoon start to write letters to the only address they had - "李家樓" - with the dim hope that someone might know what happened to her parents.

Shockingly, after several attempts, someone did eventually write back to say that Wypoh's mom was still alive and living in Harbin. Thus the journey in 1982 when Mom took Wypoh to Harbin to be reunited with Wypoh's mother, sister, and brother after all those years.

That was when Mom first met Big Ocean. He was only 12 years old at the time.

I could have been the STAR of the Joy Luck Club, I tell you!

To think that we almost did not come to 李家樓... and that the whole time I was staring at this satellite map, there were members of our family down there who had known about us all along...

Just recounting this story gives me the GOOSE BUMPS.

I think Mom owes me another latte - a venti latte, no less!