When we left the hotel early this morning, neither Mom nor I could have known that we were headed for a PEANUT farm. 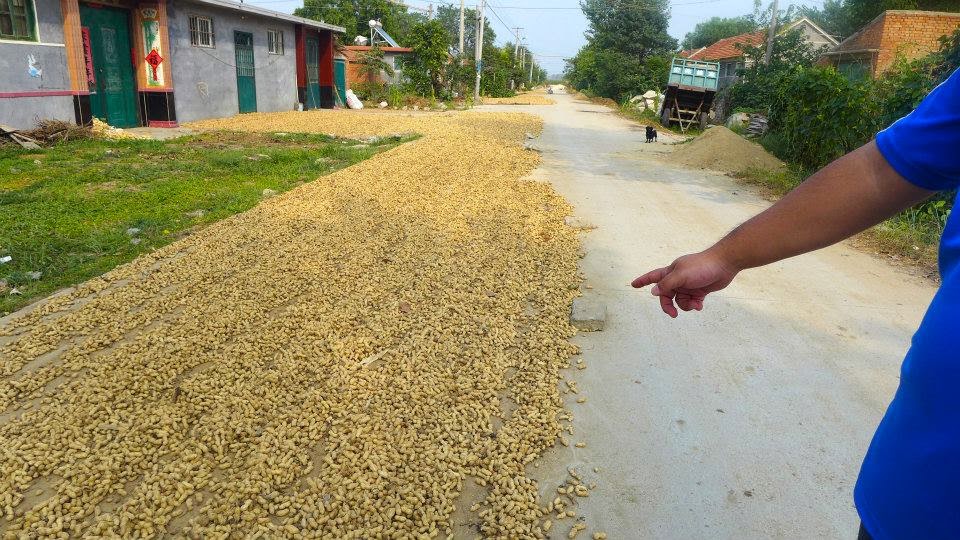 We knew so little about 馬丘村 - just that it was the name of Wygoon's village and that everyone was surnamed "Ma".

Wypoh didn't want to talk much about her life in China when I tried to ask her about it, and Wygoon wasn't in Taiwan in the years that I started to ask more questions. I certainly didn't know that 馬丘村 was a village of peanut farmers, that's for sure!

What a fascinating journey. And it only gets better. 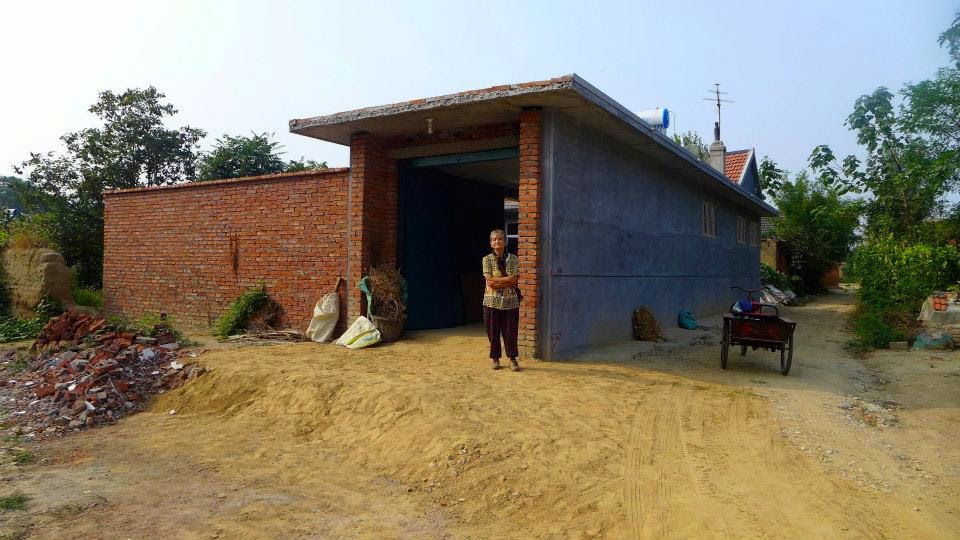 By the time we got back to Qingdao, swung by Laoshan to drop off Gupoh and her daughter, and got back to our hotel, it was late. Mom and I were exhausted. She wanted noodles for dinner and there happened to be a Japanese restaurant next door, so we popped in and placed our orders.

Only then did I realize that we were at Ajisen Ramen.

Afterwards we checked out the Carrefour next door and bought some tasty breads that looked a lot like oversized croissants. That place was REALLY interesting and unbelievably busy.

Later that evening, I jokingly said to Mom, "Wouldn't it be hilarious if Gupoh sent me a text message tonight... ?!"

I was still tripping out over the fact that she not only knows how to text but apparently texts a LOT, and that she doesn't let Parkinson's Disease stand in her way. No ma'am!

Lo and behold, half an hour later, my cell phone went off.

It was a text message... from GUPOH!

I was thrilled to PIECES until I saw how much she wrote. That's when I began to stress, big time. I can't not reply - Gupoh is waiting for me! - but I've never had to text anyone in Chinese. My phone keys had BO PO MO FO, but the last and only time I ever took a Chinese class was in 1988! It also didn't help that Mom doesn't know how to text at all.

I was on my own with Gupoh.

I wished I had more time to get to know Gupoh's daughter. We gave up trying to figure out how to address each other... too complicated. She seemed like a cool person, plus we are only a few years apart. I wondered if we would hang out together, were I to live in Qingdao.