Back to Taipei for 24 Hours

Wake-up call was at 6:15am, but I was up much earlier. I sent out the newsletters for ORIENTED while I packed, not a fun experience. This root searching trip, how it relates to O, and what I had always intended for it to be, has left me feeling unsettled. Too much to explain here.

Anyway. I kind of goofed, forgetting how long checkout can take. TJ always takes care of it... OOPS. Concierge was super busy but we had pre-arranged for a taxi, so that helped. Surprisingly, we didn’t hit any traffic going to the airport. 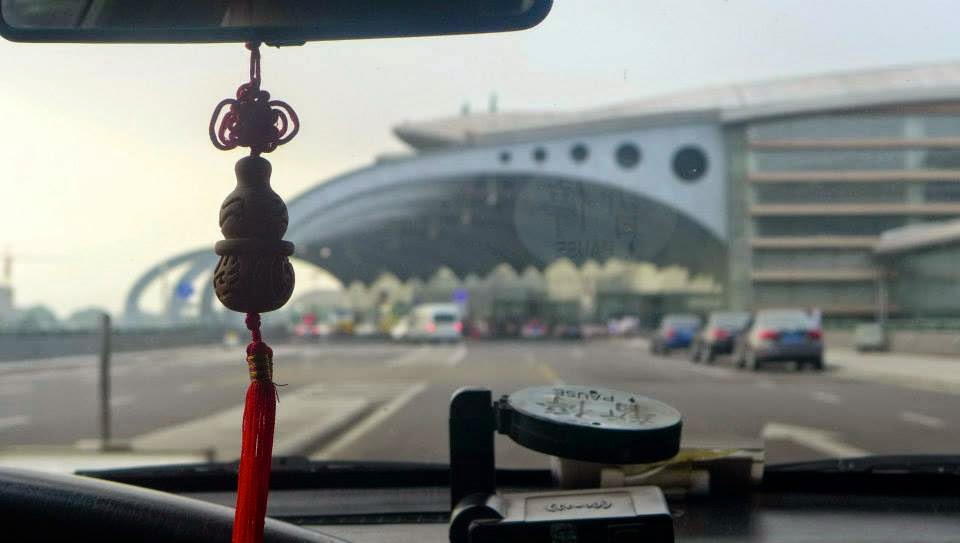 The airline counter wasn’t yet open – we were that early – but people started lining up and so did we. This one man at the front of the line was REALLY mad because someone tried to cut in front of him. Mom and I didn’t have any popcorn on hand, but we did have our yummy Carrefour bread so we munched away as we watched him flip out.

He had that Shandong look – stocky build, square jaw, flat-top crew cut, slight beer gut, and an in-your-face demeanor. If I were to write a movie script, he would be one of the characters. 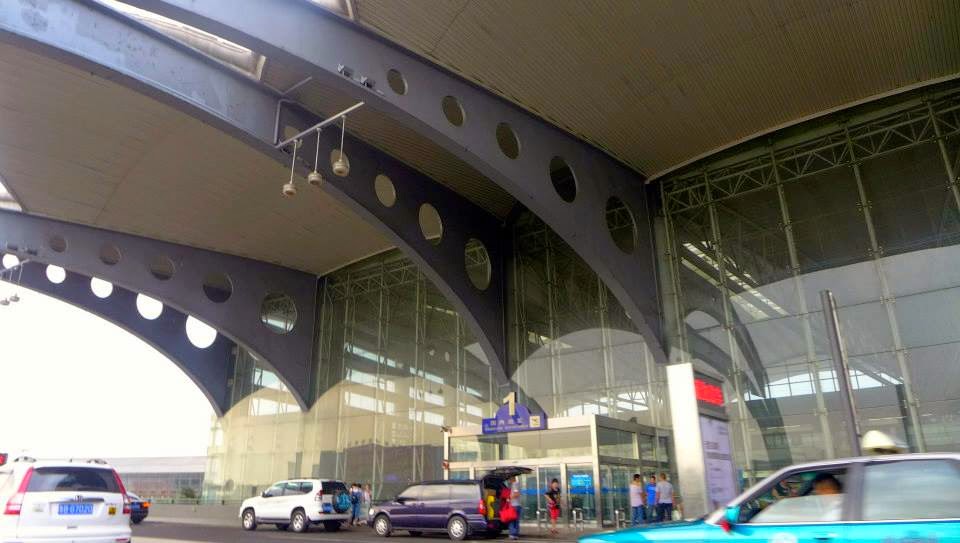 At the gate, I watched another man get up from his seat and cross the room to help this woman. She was struggling with her elderly father who was in a wheelchair. People can be so different, eh?

Later at the CKS baggage claim, I saw that HE wasn’t sure where to go, so I went over and pointed the way. I couldn't help but think about those Liberty Mutual commercials. What is wrong with me? 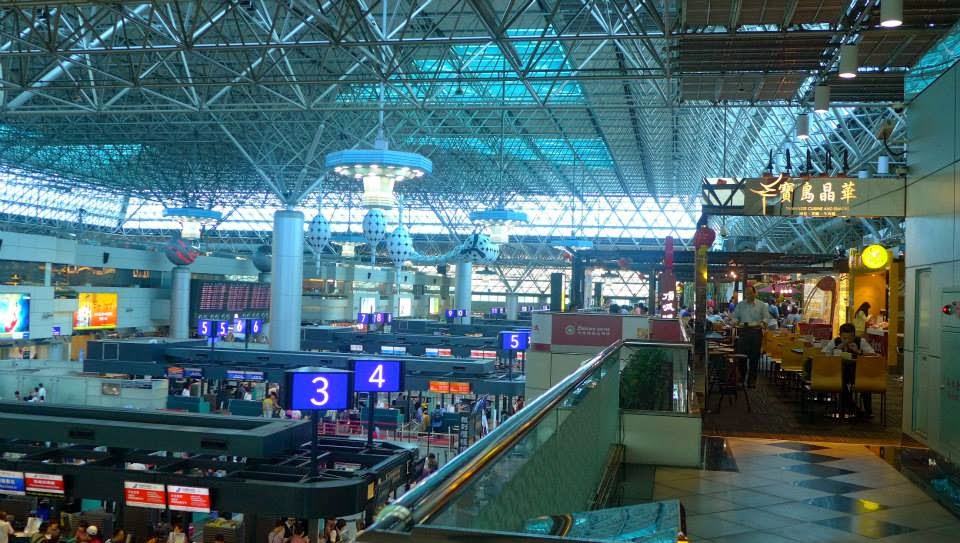 On the plane were empty rows so Mom and I split up. Our luggage came out really fast at CKS, and we made our way to the food court to have lunch, given the time. We had a blast sitting in the back section of Barista Coffee, going through all the videos that we took in China and selecting the ones to show our relatives.

Beef noodle soup and cold noodles. It was good! 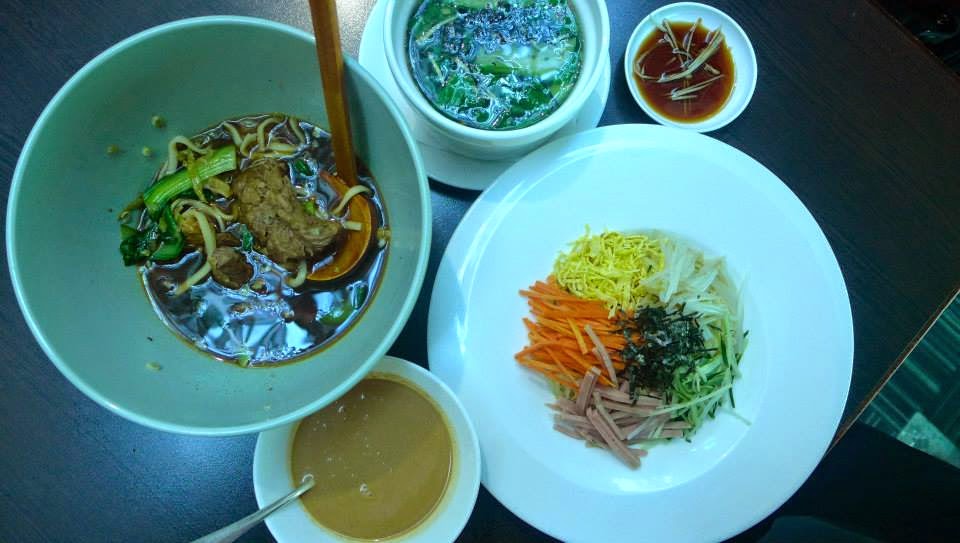 Eventually we took the 2:30pm DaYou bus to the Far Eastern in the rainy typhoon weather. Aunt Alicia met us there and took us to their rental property where we told her all about our trip.

This stopover in Taiwan was not planned. Rather, it was the way our tickets were issued. We originally booked a hotel in Taoyuan since we’re leaving for the States the very next day. But their tenant had just moved out, and our staying in Taipei meant that we could see relatives one more time before we took off.

Everything worked out really well, and everything happened for a reason. 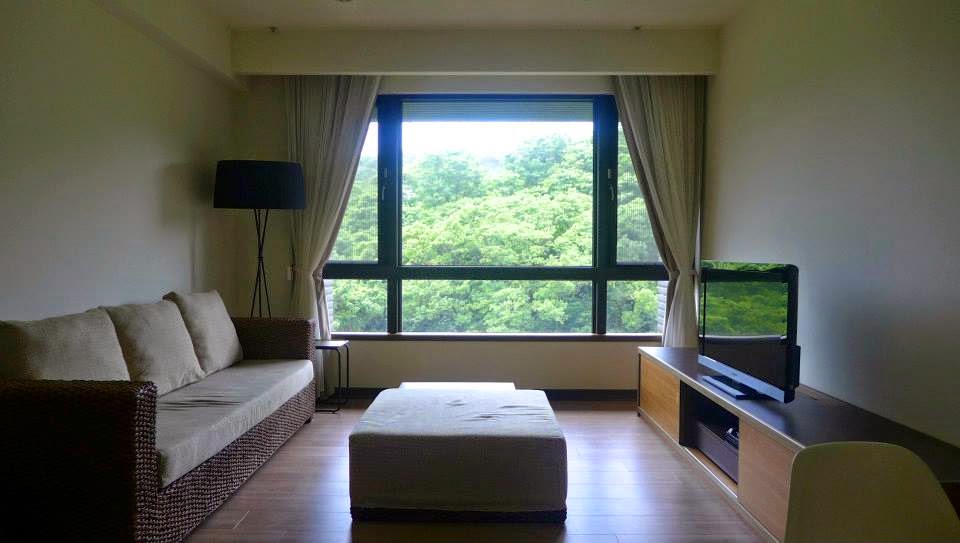 A family of doves flew in patterns outside the living room window. It was cool to see, typhoon weather and all, and it reminded me of how much Aunt Alicia enjoys looking out her own living room window that also faces the mountains. 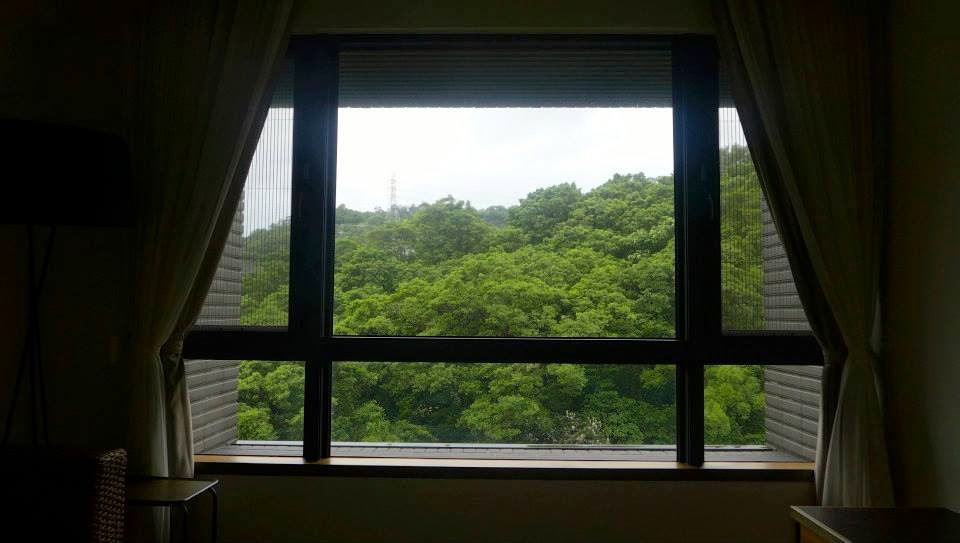 We went back to her place around 5pm to find everyone there, including Uncle James’ entire family! How nice!

I showed Wygoon the satellite map of his and Wypoh’s villages. He stared at it for awhile and recognized many of the surrounding villages as well. If I myself reacted like this when I first saw it, I can only imagine what was going through his mind in seeing it for the first time.

Here he is explaining the original layout of the 老家 in Pingdu:

Uncle James’ family had to leave after dinner, but the rest of us viewed pictures and videos of our trip. By 10pm, it was just me, Mom, Aunt Alicia, and Heather. Mom was very tired and wanted to head back, but I really wanted to help Heather with her website while I could. She and Aunt Alicia do so much for our family every time we're back in town - we're a handful! It was the least I could do.

Meanwhile, Aunt Alicia showed me the family tree that Wygoon made years ago. When she pointed out Gupoh’s name and 李學圣, I was like – geez! If only we had that document in hand when we went to Wypoh’s village! Then again, we couldn’t have known that we would find any of HIS relatives living in her village.

Traditionally, the term 老家 refers to the paternal side of one's lineage. But in Mom's case, we have traced her roots to Wypoh's 老家, as well.

It's an incredible story.